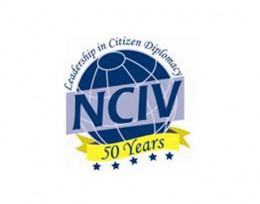 Wright State, recognized for its commitment to international relations, is a member of the acclaimed National Council for International Visitors.

Last Spring, Wright State announced that emerging leaders from around the globe would be making trips to Dayton as part of a prestigious State Department program. After a year on a provisional status, Wright State has been named a full member of the acclaimed National Council for International Visitors (NCIV).

Because the university has been welcoming foreign visitors to its campus for decades and serves as the host institution for the Dayton Council on World Affairs (DCOWA), Wright State was recognized for its commitment to international relations by being admitted to the NCIV. This enables the university to host even more global influencers through the U.S. Department of State’s International Visitor Leadership Program (IVLP).

The IVLP brings foreign leaders and experts to the United States for cultural and intellectual exchange.

A typical IVLP program is three weeks in length and includes visits to four U.S. cities. Participants meet with professional counterparts and visit U.S. organizations. Visitors may stay in hotels or in homestays with American families.

In addition to meeting with local experts and leaders, visitors are available to speak to classes and participate in campus or community events.

“They connect with students, faculty and administrators on our campus and citizens, politicians, leaders and business people across the Miami Valley,” said Streeter-Ferrari.

Visitors typically participate in small groups, related either by country of origin or area of interest. Programs often have a theme such as journalism, religious tolerance, international crime prevention or combating HIV/AIDS.

The program has a positive economic effect on the Dayton region. The entire IVLP budget is spent in the United States. In fiscal year 2010, Ohio hosted a combined total of 368 international visitors, which had an economic impact of more than $1.7 million.

IVLP alumni are distinguished world leaders in both the public and private sector. More than 300 current and former heads of state developed connections to the United States through this program, including French President Nicolas Sarkozy, German President Christian Wulff and Japanese Prime Minister Naoto Kan.

“We are excited to receive these visitors,” said Streeter-Ferrari. “It is the human connection that makes a difference in international relations and we are proud to be part of this important network.”

A nonprofit membership association, the NCIV has been providing leadership in citizen diplomacy for more than half a century.

With leadership and training provided by the NCIV, member organizations design and implement professional programs, provide cultural activities and offer home hospitality opportunities for foreign leaders and specialists participating in the IVLP and other exchange programs.