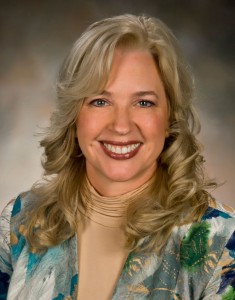 Wright State University’s College of Engineering and Computer Science has named Jennie J. Gallimore, Ph.D., to a new position in the college: executive director of interdisciplinary programs and professional development.

Gallimore previously led Wright State’s Ohio Center of Excellence for Human-Centered Innovation, where she served as director since its inception in 2009. She is a professor of industrial and human factors engineering in the College of Engineering and Computer Science, and a professor of surgery in the Boonshoft School of Medicine.

In her new role, Gallimore will focus on creating interdisciplinary graduate programs with other colleges on campus and implementing new professional development programs for continuing education.

“As technology, science and engineering innovations increase exponentially, today’s engineering and computing workforce needs to have access to continuing education or interdisciplinary opportunities to boost their skills or certifications,” said S. Narayanan, dean of the College of Engineering and Computer Science. “The college is committed to helping engineers get ahead of the curve by expanding its programs beyond traditional degree programs into professional development and interdisciplinary programs.”

As executive director, Gallimore will also continue to build on her productive research programs in the area of human performance. Her professional contributions have been recognized by several awards including receipt of the Outstanding Engineers and Scientists Award from the Affiliates Society Council in 2010 and a commendation from the 128th Senate of Ohio in 2010. In 2011, she was named Dayton’s “Ten Top Women” by Cox Media Group.

Gallimore was founding director of the Ohio Center of Excellence in Human-Centered Innovation (OHCI), created in January 2009.  The center has helped to forge a number of partnerships with local industry and the U.S. Air Force, as well as addressing problems such as childhood obesity.