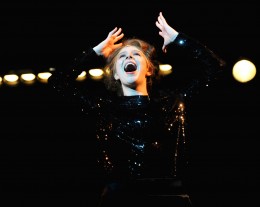 The legendary Broadway musical that propelled Barbra Streisand to superstardom and inspired Glee’s Rachel Berry has taken the stage at Wright State University.

Funny Girl tells the story of Fanny Brice, a vaudeville comedian best known for her starring roles in the Ziegfield Follies, and her turbulent relationship with debonair gambler Nick Arnstein. The musical features a string of well-known songs (many of which audiences may recognize from the hit television show Glee), including “I’m the Greatest Star,” “People” and “Don’t Rain on My Parade.” 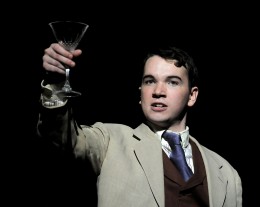 Funny Girl opened on Broadway in 1964 starring Barbra Streisand. It was nominated for eight Tony Awards and went on to run for 1,348 performances. The film adaptation, for which Streisand won the Best Actress Academy Award, was the highest grossing film of 1968.

Performances run through Nov. 11 in the Festival Playhouse at the Creative Arts Center on Wright State’s Dayton campus. Tickets are $20 for adults and $18 students and seniors. For tickets and theatre information call the Box Office at (937) 775-2500.

Brice is best known for her performances in the “Ziegfield Follies” from 1910 to 1936.

The show is set just prior to and following World War I.

The show features several hit songs, such as “I’m the Greatest Star,” “People” and “Don’t Rain on My Parade.”

Streisand won the Best Actress Academy Award for her performance in the musical’s 1968 film adaptation.