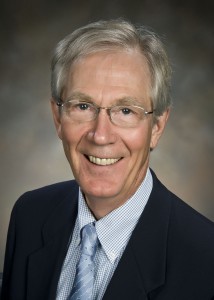 Set to retire at the end of the year, Leon VandeCreek said the largest overall patient problem facing psychologists today is anxiety and depression.

Like the roses he cultivates in his backyard, Leon VandeCreek’s work at Wright State University over the past 18 years is in full bloom.

The psychology professor and former dean of the School of Professional Psychology orchestrated the growth of the campus counseling center in the Student Union as well as the Duke E. Ellis Institute, a 30,000-square-foot facility in Dayton that houses part of Wright State’s doctoral program for mental health professionals and serves as a clinic for underserved residents.

VandeCreek also gave birth to the institute’s patient assessment clinic, which for years now has had a waiting list. And he continued to write at a torrid pace for the psychology profession—62 books and book chapters at last count—on everything from professional stress, patient confidentiality and mental illness among the elderly.

Now, he’s calling it a career. The 69-year-old VandeCreek, Ph.D., plans to retire at the end of the year.

“I want to retire while I’m still in good shape, still energetic, so that if I decide to do something quite different, I’m able to do that,” he said.

VandeCreek’s journey began at a 200-acre family farm in lower Michigan. The family grew food to feed themselves and the cows, chickens and pigs they raised. An outdoor bathroom and wood- and coal-burning stoves to heat the house were among his early memories.

Today—approaching the end of his professional journey—VandeCreek sits in a spartanly furnished office at the Ellis Institute with a view of a park that shoulders against the Great Miami River. His silver hair, silver wire-rimmed glasses and brown crew-neck sweater give him a professorial air.

An extensive academic career and writing on a wide variety of psychological topics has blessed VandeCreek with an unobstructed view of the professional landscape. He says the largest overall patient problem facing psychologists today is anxiety and depression.

“I don’t know that that’s a change, but I would say that’s a big, big part of mental health practice,” he said. “So if you work in the field, you need to be prepared to see all kinds of variations on anxiety and depression.”

VandeCreek jumped from the family farm to Calvin College, where as a student he sampled sociology and pre-theology before settling on psychology as a major. He followed with a master’s degree at Bowling Green State University, but found his true calling—teaching psychology—when he worked at the then Tri-State College in Angola, Ind.

After obtaining his doctorate in psychology from the University of South Dakota, VandeCreek landed at Indiana University of Pennsylvania. There, he caught the wave of a national trend and helped develop a doctoral program that trained students to practice psychology rather than to teach it. He was named a Distinguished University Professor, the highest honor bestowed to faculty by the school.

VandeCreek arrived at Wright State in 1994 as dean of the School of Professional Psychology, drawn by the school’s practitioner model and the challenge of developing faculty governance. In 2001, he switched to a faculty position.

VandeCreek beefed up staffing at the campus counseling center and hired a full-time director for the Ellis Institute, which is staffed by the faculty, practicum students and interns both as a community mental health center and training ground.

There are currently about 100 doctoral students at SOPP—15 or so who work at Ellis. Others are placed at mental health centers, private practices and the Dayton VA Medical Center.

“Leon is truly is a gentle-man who does everything that he does with integrity, humility and the very best good will for students, colleagues and the organization alike,” said Fraser, Ph.D. “We need to all count ourselves as lucky to have had Leon VandeCreek as our leader, colleague, teacher and mentor, and our friend. I know that I certainly do.”

VandeCreek has also enjoyed a rewarding writing career as an offshoot of his academic work. He helped write a series of books titled Innovations in Clinical Practice and has explored the ethics of professional practice and an array of other psychology topics:

Vandecreek admits to being a “workaholic.” He puts in time both at the office and at his Beavercreek home in the evenings and weekends. His backyard gardening serves as a stressbuster.

“I love roses,” he said. “They’re such a pain to take care of, but I love them when it works.”

VandeCreek and his wife, Barbara, have two daughters, one of whom lives in Mason, Ohio, and the other in Grand Rapids, Mich.

So what does retirement hold?

VandeCreek plans to continue writing and to step up his volunteer work. He has become increasingly involved with the Westminster Presbyterian Church and currently serves on the boards of the Greater Dayton Mental Health Foundation and The Disability Foundation.

“I’ve got the literature,” he said with a smile, “down to the boat.”