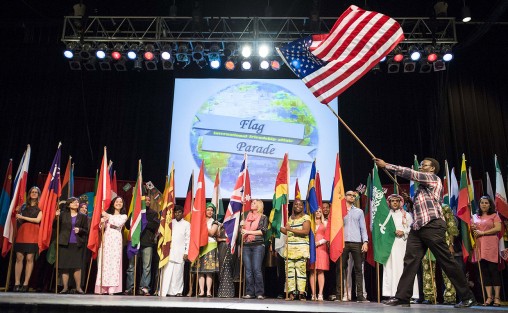 Wright State’s University Center for International Education will host the 32nd International Festival on April 3 from 1 to 5 p.m. in the Nutter Center.

Ireland, Saudi Arabia, Mexico, India, China, Kuwait, France and Nepal are a sample of at least 30 countries that will be represented at Wright State’s 32nd International Festival Sunday, April 3.

The theme, Innovations Around the World, will showcase the many aspects that give a country its unique culture. The festival was previously known as the International Friendship Affair.

“Innovation can happen not just in technology but also in cooking, music, fashion and more,” said Catherine Hernandez, International Student Program coordinator at Wright State’s University Center for International Education (UCIE). “Innovation is always happening around the world, and we want that incorporated into the festival.”

The UCIE is hosting the event, which takes place in the Wright State Nutter Center for the first time. With 17 performances and over 1,000 attendees in years past, the festival quickly outgrew its old location.

Attendees will enjoy an array of international foods and beers, country displays, live music, cultural performances and a flag parade. Performances include those of an Irish band, Kuwaiti band and the Dayton Contemporary Dance Company. While beer is an aspect of the event, the festival is family-friendly.

There will even be a “kid’s zone” designed just for children to experience different aspects of culture while enjoying face paint, coloring books and more. 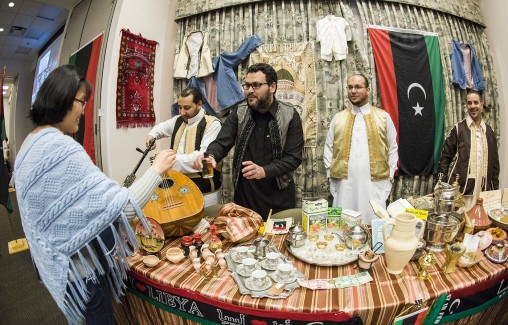 At least 30 countries will be represented at the International Festival.

The festival is an initiative for community members, faculty, staff and students to celebrate the diversity found within Wright State and around the world.

“Wright State is home to almost 1,800 international students,” said Michelle Streeter-Ferrari, director of the UCIE. “We also have more students than ever participating in study abroad opportunities around the world. This growth has made our campus more multicultural than ever. In the past several years, we have also expanded international reach into the community by being the host of the Dayton Council on World Affairs, the site of the U.S. State Department Dayton Council on International Visitors, and the managers of a U.S. Passport Acceptance Facility. The expansion of the Wright State International Festival to the Nutter Center is a continued path of being known and recognized for our successful international programs at Wright State.”

“We really want to showcase the international community within Wright State,” said Hernandez. “People can come right here to Fairborn, Ohio, and see a glimpse of the world. It’s incredible.”

For more information or for sponsorship opportunities, contact Catherine Hernandez at 937-775-5731 or catherine.hernandez@wright.edu.