All the right moves 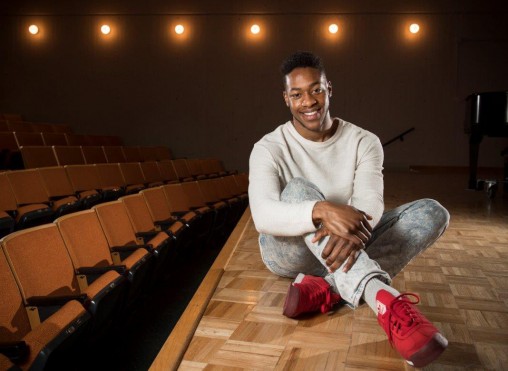 As a freshman, Alimamy Barrie would sneak into classes to watch because he loved dance. Now, he is a senior graduating with a bachelor’s degree in dance and pre-pharmacy. (Photo by Erin Pence)

When he arrived at Wright State University as a freshman, Alimamy Barrie would steal into dance classes every day just to watch the students — even though he wasn’t in the program.

But that changed quickly. The following quarter Barrie declared himself a dance major and since then has cut a high profile in the university’s performing arts programs.

“I loved seeing bodies moving in just different ways,” he said of watching those early dance classes. “It’s just the thrill of the energy that comes out of each person.”

He says dance takes him to a “different realm.”

“I experience a different perception of myself,” said Barrie, who admits to a spontaneous, free-spirited way of looking at things. “I get to tap into a different personality and different character that’s inside of me.”

The 24-year-old Barrie was born in Tel Aviv, Israel, and lived there for eight years. His favorite memory is of getting hot dogs at a local playground on Saturdays, the one day of the week in which there was no school.

“The hot dog stand was there,” he said. “I was so excited and would run down there.” 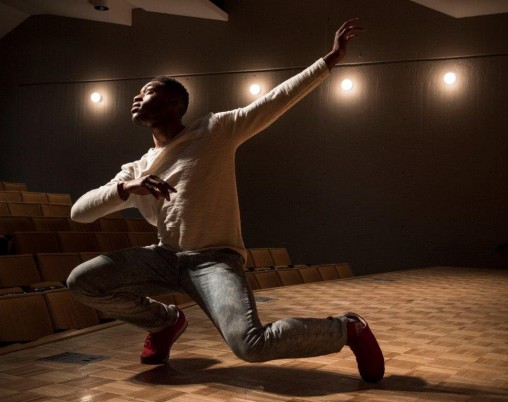 Alimamy Barrie was born in Tel Aviv, Israel, where he lived for eight years until his family moved to the United States. (Photo by Erin Pence)

Inspired by Michael Jackson, Barrie became interested in music and dance at a very young age.

When he was 8 years old, Barrie and his family moved to New Jersey and then Ohio, where he attended Fort Hayes Arts and Academic High School in Columbus. The school is known for providing its students with a rich immersion in the arts, and it was there that Barrie was introduced to modern dance.

“Ever since then, I fell so much in love with it and kept on doing it,” he said.

Barrie was encouraged to go to Wright State by one of his high school teachers. The campus visit won him over, and he enrolled in 2010 just to “see what happens.”

What happened is that Barrie excelled. He played the sarcastic, execution-loving king in “Hot Mikado,” a musical comedy with a satiric tone, based on Gilbert and Sullivan’s operetta. The show ran in Wright State’s Festival Playhouse for three weeks in 2014.

Barrie said the role enabled him to further develop singing and acting skills to go with dancing. He credits the Wright State dance program with giving him a well-rounded performance education.

“They train you in every area,” he said. “They really prepare you for the outside world, which is what we want.” 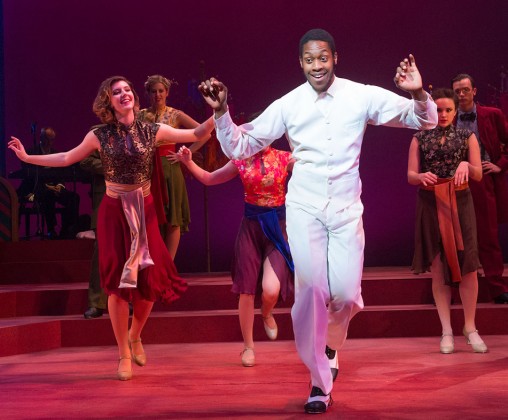 Barrie is scheduled to graduate April 30 with a bachelor’s degree in dance. He also is majoring in pharmacy and intends to pursue a Ph.D. in pharmacy at The Ohio State University. He hopes a pharmacy job will give him the financial freedom to pursue a dance career.

“Dance will always be first,” he said.