Brage Golding, who served as Wright State University’s first president, died Aug. 24, 2016, at his home in San Diego. He was 96.

Known as an innovator with an entrepreneurial spirit, Golding was named Wright State’s president in 1966.

During his six-year tenure as president, the university expanded to include an impressive library, a student center with adjacent student housing, a gymnasium and a creative arts center. This was funded through a $14 million appropriation from the Ohio General Assembly that was the campus’s largest single physical expansion in 20 years. Full accreditation, at both the graduate and undergraduate level, was achieved while Golding was president. Enrollment grew to more than 11,000. 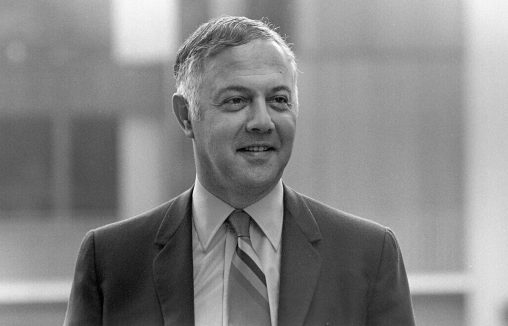 Known as an innovator with an entrepreneurial spirit, Brage Golding served as Wright State’s president from 1966 to 1972.

Wright State, which started in 1964 as the Dayton Campus of Miami and Ohio State Universities, was named after the historic aviation pioneers Wilbur and Orville Wright. The university’s name change came under Golding. The Wright State charter officially went into effect October 1, 1967, and the campus at that time had four buildings — Allyn Hall, Millett Hall, Oelman Hall and Fawcett Hall — all still in use today.

Under Golding’s leadership, Wright State grew to encompass four colleges, three divisions and a graduate school, with branch operations in Celina and Piqua. In October 1967, the communities of Fairborn, Xenia and Beavercreek sponsored a celebration on campus to represent the strengthening of ties between the university and the community.

In 1968, soccer became the university’s first intercollegiate sport, and in 1969 John Ross was hired as the first men’s basketball coach. Games were played at Stebbins High School. In 1970 Hamilton Hall opened to house the first students to live on campus, and in 1971 the Bolinga Black Cultural Resources Center was dedicated to promote understanding of the culture and the heritage of black Americans. 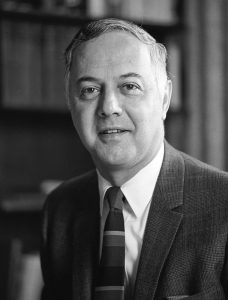 Golding was born in Chicago on April 28, 1920. After receiving a B.S. degree in chemical engineering from Purdue University, he began graduate work in chemistry at the University of Chicago. His higher education was interrupted when he joined the United States Army during World War II. He spent more than four years as an officer in the Army Field Artillery, leaving the service in 1946 as a major.

He returned to Purdue, where he served as an instructor in mathematics and as a Lilly Fellow in Chemical Engineering. Golding received his Ph.D. there in 1948. Upon completion of his graduate studies, he was appointed assistant director of research for The Lilly Varnish Company of Indianapolis with primary responsibility for administering the research by graduate fellows at Purdue.

In 1957, he wrote “Polymers and Resins: Their Chemistry and Engineering,” a text and reference book for the rapidly growing plastics field. That same year, he became director of research for the Lilly Varnish Company and was appointed visiting professor of engineering at Purdue. He left industry for good in 1959 to become dean of Purdue’s School of Chemical Engineering, where he continued to serve until named president of Wright State in October 1966.

Golding left Wright State in 1973 to become president of San Diego State University. He would later take on the presidencies of three other universities, building a reputation for himself as an exemplary educational leader in tough economic times.

Golding was a member of many academic and professional societies, including the New York Academy of Sciences, the Society of Sigma Xi and the American Chemical Society, where he served as chairman of the Industrial and Engineering Chemistry division. He was a fellow of the American Association for the Advancement of Science. 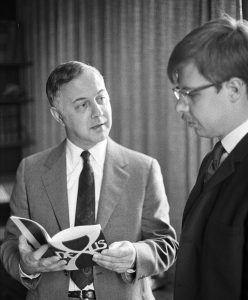 Services will be for family only, although donations can be made in Golding’s honor to the National Park Foundation.