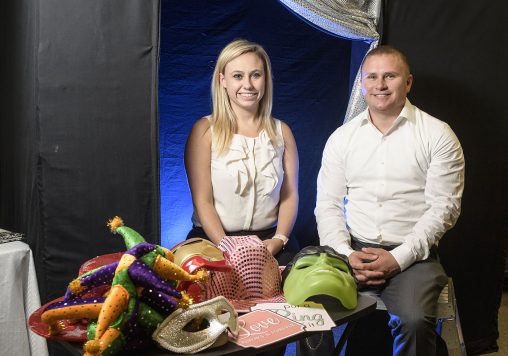 Her first brush with business came when she was only 14 years old. Jaymee Prichard would do data entry for her stepfather, who owned more than 20 cellphone retail stores.

“It had potential for me and I wanted to be part of it,” said Prichard. “I can now see what a small business can grow into.”

Today, the Wright State University MBA student is vice president of Picture Perfect Photobooth Rentals, which has seen its own explosive growth. The company now markets and rents 150 photo booths in Ohio, Indiana, Kentucky and Colorado.

After graduating from Centerville High School in 2011, Prichard enrolled at Wright State. Her stepfather, who had received his finance degree from Wright State, is a big fan of the university.

“He actually took me there and showed me around,” said Prichard. “That was the deciding factor.”

Prichard says she had a full college life experience at Wright State, where she joined Delta Zeta, helped the sorority with accounting and stepped into leadership roles.

“I lived really close by and felt that being part of organizations really helped me with managing and stepping up to the plate with leadership and making me confident,” she said.

Prichard began working at Picture Perfect in 2013, while she was a student at Wright State. Two years later she received her bachelor’s degree in psychology and a short time later began pursuing her MBA.

“I was more interested in business than I was in psychology,” she said. “But I think my psychology degree really helped me with managing people and understanding people and being empathetic towards people and how they feel.”

Prichard’s husband, Jake, who has a bachelor’s degree in finance from Wright State, co-founded Picture Perfect with his brother in 2012 and is president of the business.

“When my sister got married, she really wanted a photo booth for her wedding,” he said. “But the price was very high and I thought it was quite the opportunity.” 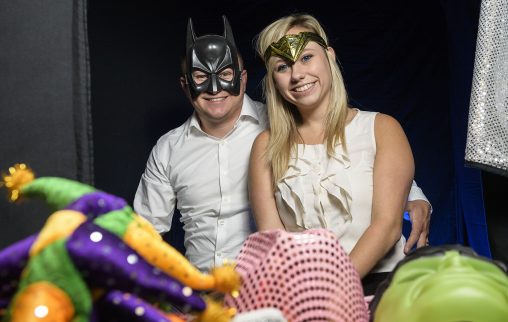 Jaymee Prichard earned her bachelor’s degree in psychology from Wright State and started working with Picture Perfect Photobooth Rentals as an undergrad student.

So he built the first photo booth and continued to build them as the business expanded. The first rental was for a wedding in Centerville. The second was for an event hosted by the Victoria Theatre Association. And so it went.

Today, the company has 150 photo booths — half in a 200-mile radius in that includes parts of Ohio, Kentucky and Indiana (they are really big in Indianapolis) and half in the Denver, Colorado, area.

One of Picture Perfect’s first employees, Katherine Schlegel, who graduated from Wright State with a bachelor’s degree in English, moved to suburban Denver to pursue a master’s degree and began marketing the photo booths in Colorado.

“It started out with five booths out there and now they have half of the entire fleet,” said Jake.

The company employs about 60 workers in Ohio and Colorado and continues to look for places to expand.

Picture Perfect’s headquarters sits in a storefront just across the highway from Wright State’s Dayton Campus. Inside, rows of silver lockers store all kinds of different photo booths — from the standard Big Black Booth, open-air booths, booths that feature LED lighting and booths that look like a fashion runway.

Props enable photo booth customers to be virtually whatever they want — cowboys, pirates, Vikings, police officers, superheroes. The booths print out the photos right away. They can also be sent electronically to smartphones.

The photo booths are popular for life milestone events such as weddings, baby showers, company celebrations and graduation and retirement parties.

Customers can get pretty creative. Twenty-two people once crammed themselves into a booth for a photo. A goat and a cow have also clopped into the booths for shots.

Employees transport the photo booths to events, stay there to make sure everything goes smoothly, produce memory books that contain all of the photos and then bring the booths back to be stored at company headquarters. Bookings typically last about four hours and cost an average of $500 to $550.