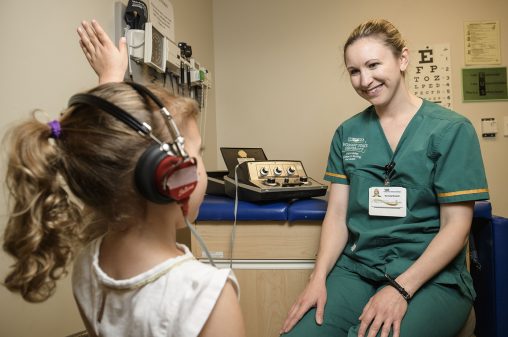 Christina Norman, who has three degrees from Wright State, including a 2019 bachelor’s in nursing, completed a preceptorship with Miami County Public Health. She is pictured with her daughter Zoey (Photos by Erin Pence)

They are one of the best-kept secrets in health care and are right under our noses — public health agencies.

That’s the word from Christina Norman, who has three degrees from Wright State University — including a 2019 bachelor’s in nursing — and just completed a stint at Miami County Public Health, which provides everything from immunizations to housing inspections.

“The hardest part of public health is just educating people that it’s out there,” said Norman. “The services are affordable.”

Sherrill Smith, professor of nursing in the Wright State College of Nursing and Health, said graduates are nurse generalists who are prepared to take on entry-level positions, including those in community and public health agencies.

“These types of positions are increasingly important with the emphasis on health promotion and preventative health care,” said Smith. “We are especially excited to have multiple options for our students to receive a bachelor’s degree.”

In addition to the traditional four-year program and the RN–BSN Completion Program, the college also offers an Alternative Prelicensure option for students who have military, medic or other health care experience.

Norman grew up in Fairborn and was heavily involved in sports. After graduating from Fairborn High School in 2004, she came to Wright State, where she ran cross country as well as indoor and outdoor track.

She earned her bachelor’s degree in exercise biology in 2008 and then began thinking about another area.

“I knew how the body worked, but what happens when it doesn’t work?” she said. “I love helping people and I really wanted to dig in and figure out what their true medical problems are. How can I get them back on track?”

So Norman earned her master’s degree in public health. And while working with a public health nurse at Wright-Patterson Air Force Base, she was encouraged to go back to school to get her nursing degree.

It was back to Wright State to do just that, and in January Norman was assigned the preceptorship at Miami County Public Health in Troy. She took on a wide variety of duties, including working in the agency’s clinics.

“I got to listen to fetal heart sounds. I got to give immunizations,” she said. “I was even able to work on a smoking cessation grant to be able to educate pregnant mothers on the effects of smoking.” 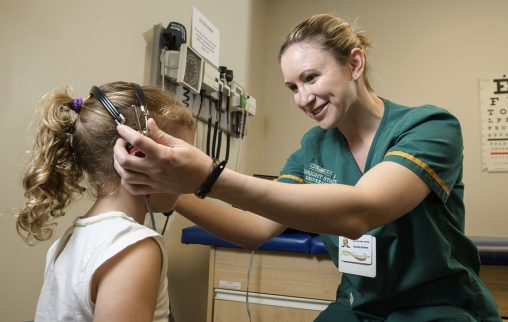 After graduating from Wright State with her bachelor’s degree in nursing on May 4, Christina Norman started working at a hospital in orthopedics and trauma.

Norman said public health agencies and clinics help people who are sick or trying to keep from getting sick.

“You can go to your health department and just talk with them,” she said. “Every public health nurse will sit down with you and just let you pour your heart out to them. Anybody can access it.”

Norman said everyone utilizes public health services in some way, shape or form whether they know it or not. For example, healthy drinking water is a function of public health. And public health is responsible for blood-pressure monitors in retail stores and other community spaces.

Norman’s biggest takeaway in her preceptorship was learning the importance of teamwork.

“You definitely have to collaborate a lot — from the nursing staff to sanitarians who go out and do building inspections to the public health directors,” she said. “Everybody works together.”

Norman graduated with her bachelor’s degree in nursing on May 4 and has landed a job at a hospital working in orthopedics and trauma. She is grateful for her three degrees from Wright State.

“I just remember when I was 18 and first walked onto this campus and think of how much knowledge I had then compared to how much I have now,” she said. “And I attribute everything in between to Wright State. They have taught me so much.”