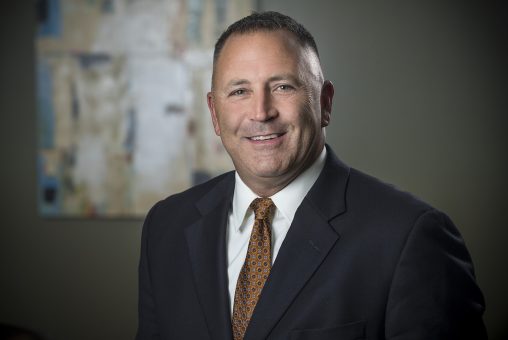 R. Scott Rash will join the Wright State University Foundation as president and CEO on Sept. 30.

The Wright State University Foundation has a new leader. R. Scott Rash will become president and CEO of the foundation on Sept. 30.

He is charged with reshaping the future of the foundation. Rash will advance strategies for growth, build the endowment, work with valued partners while developing new partnerships and relationships, and discover innovative and unique opportunities for revenue generation.

“We are very excited to have Scott join us as the foundation president and CEO,” said Andrea Kunk, chair of the Wright State University Foundation board of trustees. “With a full-time foundation president, we are increasing our capacity to generate additional revenue beyond our traditional fundraising efforts, all with the goal of providing even more support to student initiatives and strategic university programs. Scott brings a robust background in university advancement, a passion for student success, and the strong leadership skills necessary to initiate and implement new business development ideas.”

Rash previously was vice president for university advancement at Gannon University in Erie, Pennsylvania. He also has been executive director and chief development officer for the School of Engineering Foundation at Virginia Commonwealth University in Richmond, Virginia; vice president for institutional advancement at Greensboro College in Greensboro, North Carolina and held other positions.

“Scott will further strengthen the important partnership between the foundation and the university and generate new revenue streams that will help us to better meet the educational needs of our students and the workforce needs of our region,” said Wright State President Cheryl Schrader.

The Wright State University Foundation has distributed more than $51 million in scholarships and established 811 scholarship funds over the last five decades.

It also has spearheaded two comprehensive fundraising campaigns: Tomorrow Takes Flight and Rise. Shine. The Campaign for Wright State University. The Tomorrow Takes Flight campaign concluded in late 2006 with a final total of $123.1 million, more than triple the original goal of $40 million. Two hundred new scholarships were created, along with five endowed chairs and professorships and two named colleges.

“Throughout the hiring process I was inspired by the foundation board and university leadership’s commitment to enhancing the student experience,” Rash said. “Great things can be accomplished when that is the end game, and I look forward to helping make it happen in this role.”