Wright State Theatre presents the Tony-winning musical ‘Into the Woods’ 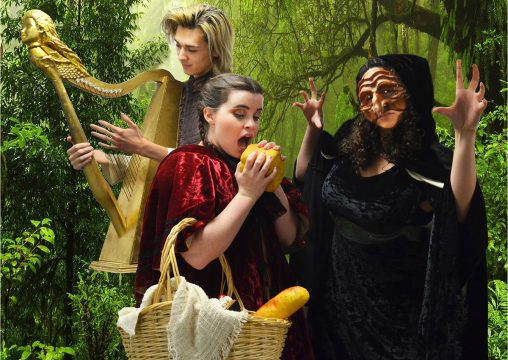 Wright State Theatre’s production of Stephen Sondheim’s “Into the Woods” runs from Nov. 22 to Dec. 8 in the Herbst Theatre.

Wright State University Theatre continues its 2019–20 season with the award-winning musical fantasy “Into the Woods” from Nov. 22 to Dec. 8 in the Herbst Theatre in the Creative Arts Center.

Featuring music and lyrics by Stephen Sondheim and book by James Lapine, “Into the Woods” intertwines fairy tales from the Brothers Grimm and Charles Perrault, exploring the consequences of the characters’ wishes and quests. The musical features well-known characters from “Little Red Riding Hood,” “Jack and the Beanstalk,” “Rapunzel” and “Cinderella.”

“Into the Woods” premiered on Broadway in 1987 and won several Tony Awards including Best Score, Best Book and Best Actress in a Musical. It was adapted into a feature film in 2014.

“Into the Woods” is directed by Lee Merrill (“Urinetown,” “Sweeney Todd,” “Little Women”), choreographed by Megan Arseneau (“If/Then”) with musical direction by Melissa Yanchak (“If/Then”). The sets are designed by David J. Castellano and Antonia Hummel, lighting is by Jera Lauderdale, costumes by Sara Rice and sound by James Dunlap and Aaron Poland.

The Wright State Theatre season continues with “The Wolves” from Feb. 6 to 16 in the Festival Playhouse. The season also includes: