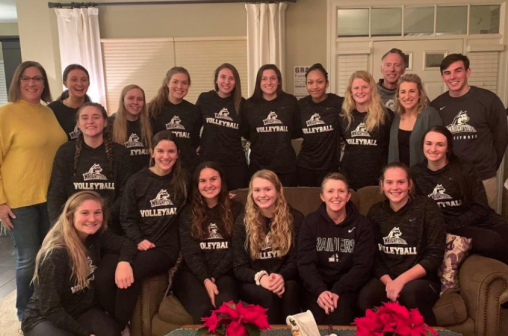 Bob Grant said that a few times during our conversation, but he didn’t mean it in a football, wrestling and rugby sort of way.

The Wright State athletics director was referring to personal contact: hugging, hand shaking, going out for ice cream and lunches and coming over for dinner, sometimes even steak.

And for the past three weeks – as the coronavirus has put our lives and, most noticeably the college sports world in an ever-tightening vice grip – Grant and his staff have had to come up with virtual open houses, FaceTime calls and, three days ago, a drive-through luncheon for all the Raiders athletes still in the area.

“Our culture is very different than most places,” Grant said of his department which oversees 14 sports and 250 student athletes. “Whether you think it’s good or bad, it’s definitely different. We’ve got a super hands-on approach and everybody in the athletic department is wired that way.

“We’re not out-spending people for success and we’re not out-branding people,” said Grant, who is a Wright State graduate himself and was an assistant under former WSU athletics director Mike Cusack for several years.

After he took over the program a dozen years ago, he began to push an initiative he calls PSA – People, Students, Athletes.

“We focus on the people first,” he said. “The student part is second and the athlete, third. We believed happy, healthy student athletes would be more productive and boy has that ended up being true.”

He said Wright State athletics – even though the program regularly spends less annually than almost every other NCAA Division I program in Ohio – has had unprecedented success over the past three years, both in its sporting competitions and in its classroom performances.

Men’s and women’s basketball, baseball. volleyball and soccer all have enjoyed their best seasons in school history. All have sent teams to the NCAA Tournament. Men’s soccer was nationally ranked during most of last season and baseball, an annual 40-game winner and perennial NCAA Tournament team, has been recognized as the best program in the state.

Coaches and players have received many of the Horizon League’s top individual honors and for the first time ever Wright State was awarded the 2019 McCafferty Trophy, which honors the best athletic program in the conference.

In the classroom, WSU student athletes as a group are carrying a 3.0 grade point average and 87 percent of them are graduating.

So if the “super hands-on” approach is working, what happens when those hands get covered with rubber gloves and everybody must step back six feet or, better yet, just stay in their own house?

“Yeah, when have a culture like ours, what happens when that all comes to an abrupt halt?” Grant said.