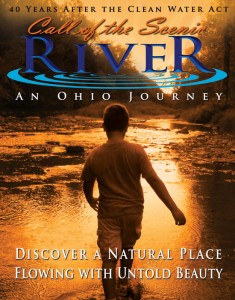 Wright State will screen “Call of the Scenic River: An Ohio Journey” on April 16 as part of its Earth Week events.

Few realize that Ohio was the first state to declare a Scenic Rivers Program in 1968. Today, Ohio’s program continues to lead river conservation because of its respect of private property, its commitment to designating the most ecologically intact systems and its popular volunteer opportunities.

In the 40th anniversary year of the 1972 Clean Water Act, one Wright State alumnus has filmed an original documentary celebrating the beauty of Ohio’s rivers.

Tom Mayor, who graduated from the motion pictures program in 1997, will screen his film Call of the Scenic River: An Ohio Journey on April 16 at 7 p.m. in the Student Union Apollo Room. Filmed in high definition by fellow Wright State motion pictures alumni Mike King and Adam White, the film captures the natural beauty of our state’s watershed ecosystems. 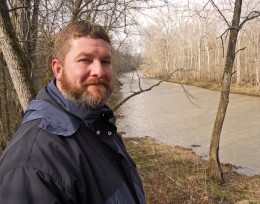 The film’s director, Tom Mayor, graduated from the motion pictures program in 1997.

A panel discussion will follow the film. The event is open to the public with a suggested donation of $10. All proceeds will benefit the Wright State Motion Picture Student Production Fund.

“Being in film school was one of the most challenging and creatively rewarding times of my life,” said Mayor. “I’m glad to be giving back in this small way.”

Parking for the screening is free. The event is sponsored by the Department of Theatre, Dance and Motion Pictures, the Office of Sustainability and the Outdoor Resource Center. The film is distributed by Rivers Unlimited, Ohio’s statewide river protection organization.

“I hope this film inspires students,” said Mayor. “We may be screening to the next Rachel Carson, Jane Goodall or Jacques Cousteau.”