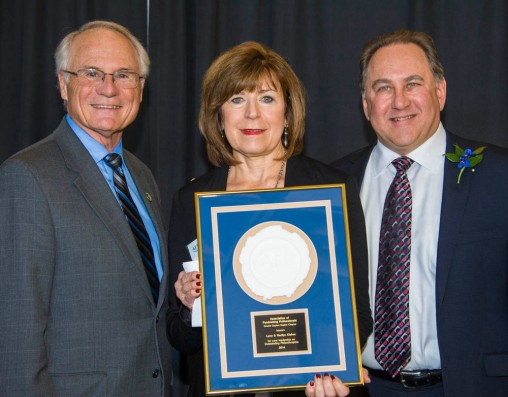 The Dayton region’s leading philanthropists — including several key supporters of Wright State University — were recognized at the Association of Fundraising Professionals’ National Philanthropy Day on Nov 18.

Larry and Marilyn Klaben received the 2014 Outstanding Philanthropists award, while HORAN, one of the largest privately held insurance and financial services organizations in the tri-state area, received top honors for Outstanding Small Corporation. 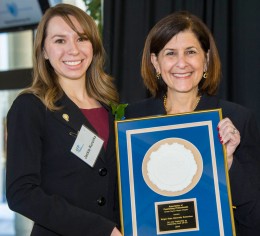 For Larry and Marilyn Klaben, the importance of giving back was instilled in them from a very young age. Their parents, along with their Jewish heritage, taught them that they had a responsibility to make a difference in the lives of others.

From helping start TEDxDayton to providing scholarships for the artists of tomorrow, the Klabens give of their time, talent and treasure to ensure the Dayton region thrives. They support numerous area organizations both individually and through the family business, Morris Home Furnishings.

In addition to providing financial support, the Klabens volunteer their time to community organizations.

The Klabens also enjoy encouraging alliances with other organizations and corporate partners to multiply support for the causes they endorse. “By being a leader and a strong supporter, we can encourage others to follow,” said Marilyn.

The Klabens’ longtime love of the arts led to their involvement with Wright State’s annual ArtsGala, which raises money for student scholarships in the fine and performing arts. The couple also supports scholarships for the Raj Soin College of Business and the Wright State Alumni Association. They are leading donors to the university’s Rise. Shine. Campaign.

As an alumnus of Wright State’s 10th graduating class, Larry takes great pride in seeing how his alma mater has grown and flourished over the years.

“I feel I should thank Wright State for letting me be involved with such an exciting place,” he said. 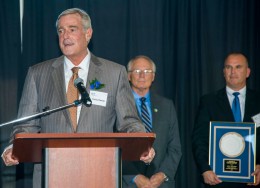 Headquartered in Cincinnati, HORAN has 96 employees and is one of the largest privately held insurance and financial services organizations in the tri-state area. With a focus on health, wealth and life, HORAN offers employee benefits solutions to more than 400 companies, touching more than 200,000 lives.

Part of HORAN’s success in business comes from its commitment to giving back to the community. In the short time since HORAN established a Dayton market office in 2010, Vice President Erik Freudenberg has championed the company’s investments in the local community.

“One of the core values at HORAN is corporate social responsibility,” Freudenberg said. “We believe it’s our duty to give back and are fully committed to improving the quality of life in the communities where we live and work. Individually and together, we support initiatives that educate, enrich and heal. We serve our community with the same commitment we show our clients.”

HORAN is long known in the Cincinnati area as a philanthropic corporation, and they have quickly built the same reputation in the Dayton community with their philosophy of social responsibility and community partnerships. Over the last four years, HORAN has partnered with more than 25 area organizations, contributing over $200,000 in philanthropic gifts.

At Wright State, HORAN has helped sponsor ArtsGala and created an endowed scholarship for HORAN clients and their families who attend Wright State.