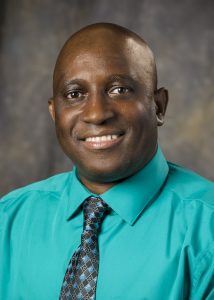 John Conteh, assistant professor in the Department of Human Services at Wright State, traveled to Sierra Leone to research a way to translate the World Health Organization’s Quality of Life questionnaire into Krio, the national lingua franca language of the African nation.

Conteh’s study focused on evaluating how people in Sierra Leone deal with daily stressors, such as physical health, and how it affects their mental health.

“I wanted to see how people deal with daily things like physical health, what does that mean to them? I want to know how they value that, and how does the quality of physical health out there affect their psychological function. It’s all part of the quality of life questionnaire,” he said.

Conteh has long been interested in international research. “My focus is research that asks, How do you use the original stuff and apply it internationally?” he said.

An indigenous dialect in Sierra Leone, Krio is a mix of English, Portuguese, French and several other languages. Despite the incorporation of English into Krio, Conteh said it is difficult for English speakers to understand Krio.

“If you don’t know Krio, you can’t communicate,” he said.

When Conteh arrived at the University of Makeni, he spoke with students and faculty at the university and provided orientation for the use of the World Health Organization questionnaire for data collection. He said the students were exceedingly enthusiastic about helping with the research. Forty-two students and a faculty member in the department of mental health at the University of Makeni helped him collect 425 questionnaires for his study.

“The motivation of the students was really surprising for me,” he said. “I didn’t know how I was going to collect all this data by myself out there, and I had a room full of students and I had to brief them for an hour and they would ask question after question.”

While at the University of Makeni, Conteh also taught research and counseling skills courses in the mental health department. He is also working with the university on plans for a voluntary annual visiting assistant professorship.