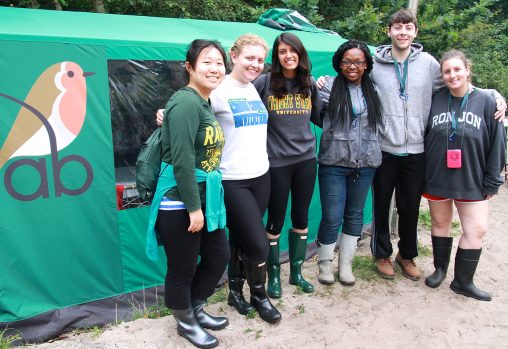 Wright State students worked in mixed Polish-American teams at two research field stations at the University of Gdansk and the Gdansk zoo during a study abroad trip.

Do birds of a feather flock together? Wright State students found out when they traveled to Gdansk, Poland, to study abroad in a College of Science and Mathematics program that focuses on animal behavior.

During the trip, the students worked in mixed Polish-American teams at two research field stations of University of Gdansk and the Gdansk zoo. The research stations enabled students to view animals in their natural state and exhibiting natural behaviors, since behaviors of domesticated animals are strongly affected by interactions with humans.

“It’s important for people at Wright State to realize that they have this possibility, which is amazing,” Kraszpulski said. “It’s very cheap in comparison to other ways of traveling abroad.”

While at the research stations, the students took part in a study called Operation Baltic, which began in 1960 and is one of the largest bird migration studies in existence. Students aided researchers in conducting various studies on birds, such as how birds interact with one another and their directional preferences during migration.

The zoo, Kraszpulski said, was a backup plan for students in case inclement weather kept them from viewing and working with birds. While at the zoo, the students observed the animals of their choice participated in zookeeper duties such as feeding, hygiene assistance and routine health examination.

Rael Sammeroff, a senior psychology major, studied the behavior of monkeys and tigers at the zoo.

“The monkeys were super interesting because they’re super intelligent,” he said. “They had a baby monkey that everyone was taking turns caring for it and they were teaching it things.” 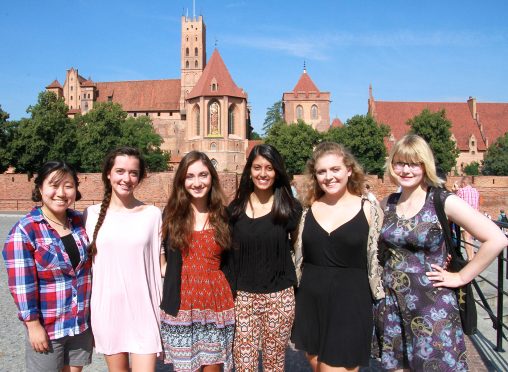 The students also got to experience culture in Poland, including visiting Malbork Castle.

Gooden said some people might wonder to why psychology students would spend their time studying birds. Psychologists are interested in the study of non-human animals, a branch of psychology known as comparative psychology, he noted. Beyond understanding the causes of animal behavior, such insights may be important to the lives and welfare of humans.

“By studying animals, we get an appreciation for the culture of the species for its own sake,” he said. Knowing something about the changes in the environment may help us understand the changes that we’re seeing in a given species of bird. Beyond that, we need to understand why animals behave the way they do because it can impact our lives as human beings.”

During their three-week trip, Kraszpulski and Gooden also wanted students to have a rich cultural experience, learn about language, enjoy the food and appreciate the history of Poland. Among the highlights were trips to Malbork Castle, the Molo in Sopot, the Old Town in Gdańsk and the Monument to the Fallen Shipyard Workers.