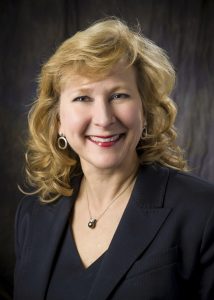 “Under the leadership of Dr. Parmelee, the Office of Medical Education at the Boonshoft School of Medicine has implemented our new curriculum, the WrightCurriculum, which ensures that our medical students will be able to meet the challenges of a rapidly evolving health care environment,” said Margaret Dunn, M.D., dean of the Boonshoft School of Medicine.

Along with Parmelee, Roman was instrumental in the development of the new curriculum. She has been the chair of the WrightCurriculum Steering Committee, leading the transformation to a new curriculum, built upon the principles of effective learning. The new curriculum was implemented with the entering class of the 2017–18 academic year.

“The Boonshoft School of Medicine is committed to providing its students a curriculum that is forward-thinking, faculty who practice and research contemporary medicine, and a learning environment that nourishes the professional and personal growth of every student,” Dunn said. “We look forward to Dr. Roman’s leadership as we continue to implement the WrightCurriculum.”

She is a member of Alpha Omega Alpha Medical Honor Society and the Gold Humanism Honor Society. Her clinical work has focused on the college population and the homeless population, in addition to those with serious mental illnesses.

Roman has extensive experience with the medical school curriculum, being on the forefront of introducing Team-Based Learning into the psychiatry curriculum, and working to introduce Peer Instruction and a unique brand of problem-based learning (WrightQ) to the overall curriculum.

In addition to numerous school and university committees, Roman serves on the Executive Council of the Association of Directors of Medical Student Educators in Psychiatry and was president in 2014–15. She also is on the United States Medical Licensure Examination (USMLE) Step 2 Psychiatry Test Material Development Committee and an Interdisciplinary Review Committee. In 2013, she completed the prestigious Executive Leadership in Academic Medicine (ELAM) program for women.

Recent awards at the Boonshoft School of Medicine include the Leonard Tow Humanism in Medicine Award in 2014, the Faculty Mentor Award and Lifetime Achievement Award in 2012 and the Excellence in Medical Education Award in 2008. She is currently faculty and mentor for the Leadership Education and Development Program (LEAD) for the Central Region of the Association of American Medical Colleges. Roman is a Distinguished Fellow in the American Psychiatric Association, and she received the Roeske Certificate of Recognition for Excellence in Medical Student Education. She has more than 50 publications, mostly in the area of medical education.

She received her Bachelor of Arts degree from Wartburg College in 1984 and received their Outstanding Alumni Award in 2017. She earned her medical degree from the University of Nebraska Medical Center in 1988. Roman completed her residency in psychiatry at the University of Cincinnati Hospital system in 1992 and then joined the faculty at the Boonshoft School of Medicine. 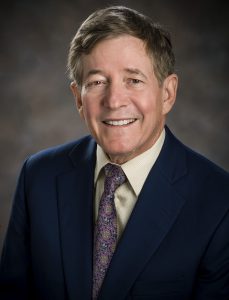 Dean Parmelee will assume the new role of director of educational scholarship and program development in the Office of Medical Education.

Parmelee has served as the associate dean for medical education since 2001 and is a professor in psychiatry and pediatrics at the Boonshoft School of Medicine. In his new role as director of educational scholarship and program development, he will use his extensive experience with presentations, faculty development workshops and publications in medical education to increase the visibility and prominence of the medical school’s innovative educational programs.

In addition, Parmelee will develop a teaching academy to provide faculty an on-going program for enhancing instruction and the scholarship of teaching and learning. He will continue help lead the Healer’s Art course in the first year and the WrightQ series in the Foundations phase of the curriculum.

Parmelee served as the inaugural president of the Team-Based Learning Collaborative, a national group that promotes Team-Based Learning in higher education. He is a widely published scholar on active learning, authoring and co-authoring many book chapters and peer-reviewed articles.

He has received many honors for his contributions to medical education. The American Psychiatric Association awarded him the Roeske Certificate of Recognition for Excellence in Medical Student Education in 2001 and appointed him a Distinguished Fellow in 2003.

In 2012, he received the Faculty Excellence in Teaching Award from the Southwestern Ohio Council for Higher Education and was named the Kegerreis Distinguished Professor of Teaching, Wright State University’s highest recognition for educators. In November 2016, Parmelee was recognized with the Alpha Omega Alpha Robert J. Glaser Distinguished Teacher Award from the Association of American Medical Colleges.

Parmelee earned his bachelor’s degree at Antioch College and his M.D. at the University of Rochester School of Medicine. He trained in adult and child psychiatry as a resident and clinical fellow at Massachusetts General Hospital and Harvard Medical School.

Before joining the Boonshoft School of Medicine, Parmelee was on the tenured faculty at the Virginia Commonwealth School of Medicine, where he was chair of child and adolescent psychiatry and directed the second-year medical school curriculum. He is a Distinguished Fellow of the American Academy of Child and Adolescent Psychiatry.