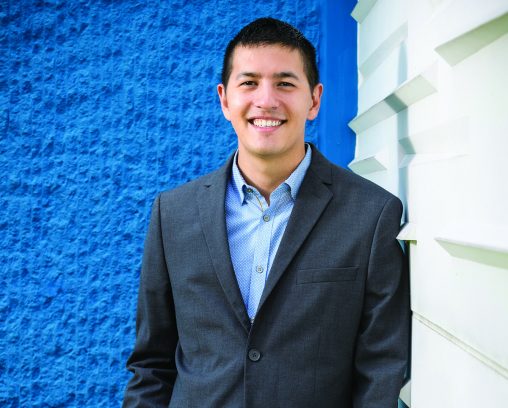 Wright State alumnus Christopher Tung ’12 went from working behind the scenes on reality TV shows to his dream job at Netflix.

When Christopher Tung graduated from high school, he knew he wanted to study film and television production in college. After growing up in Beavercreek and, later, Huber Heights, Tung explored his options close to home.

Since his father and grandfather had both worked for Miami University, Tung checked out the opportunities there. But it just wasn’t the right fit.

“Ultimately, it didn’t feel like the media program at Miami was what I was looking for. It was geared more toward broadcasting than motion pictures,” he explained.

Tung had also heard about the Motion Pictures Program at Wright State. While he knew the department’s faculty had a reputation for excellence, he almost had second thoughts after touring the production and editing facilities in the basement of the Creative Arts Center.

“This is not sexy at all,” Tung recalled thinking as he walked through the corridors of windowless rooms. In spite of the less-than-optimal environment, Tung was still sold on the program. (In 2016, the department relocated to the state-of-the-art Tom Hanks Center for Motion Pictures.)

One of Tung’s first classes was taught by beloved motion pictures professor Chuck Derry. “He was incredibly insightful and knowledgeable,” said Tung. “He really made an impact on how I viewed films.”

Tung, who joked that he had watched few movies made before the 1990s prior to coming to Wright State, credits Derry with opening his eyes to the earlier days of filmmaking. He recalled writing a paper about Alfred Hitchcock and waiting with bated breath as Derry began returning the graded papers to the class.

“If you didn’t get an A or B, that was the end of the road for the film program for you,” Tung explained.

As Derry distributed the papers, he asked each student to leave the classroom. “There were only 10 or 12 of us left in the room,” Tung recalled. “I thought we had failed the class.”

It turned out that only the remaining students had earned an A on their papers. “That was a special, reaffirming moment,” said Tung, who has remained in touch with his former professor since Derry’s retirement.

As Tung continued his studies, he began finding work locally as a production assistant.

“At the time, it felt like a pretty big deal,” said Tung, who primarily helped out on reality TV shows as they filmed episodes in the Cincinnati and Dayton area.

Despite having two years of the Motion Pictures Program under his belt and getting real-world experience as a production assistant, Tung said he didn’t feel quite ready to audition for the third year. He eventually changed his mind and auditioned, but didn’t get in.

While his professors encouraged him to continue working in the industry, leaving Wright State without a degree was not an option for Tung. He began pursuing a degree in organizational leadership while working as a production assistant and even helping his former classmates with their student films.

With just one class left, Tung was offered a job in Los Angeles on the CBS reality series “Big Brother.” While there, he took an online class to complete his degree.

Tung’s opportunity to work on one of the most popular shows in reality TV history did not come overnight. The wheels were first put into motion when Tung was helping a producer clean up a kitchen during the taping of a reality show in Cincinnati.

When the producer asked Tung about his future aspirations, he replied that if he was going to continue to work in reality TV, his top three choices would be “The Amazing Race,” “Big Brother” and “Survivor.” That producer introduced him to another producer on set who had worked on “Big Brother.” Tung gave the producer his résumé, but didn’t hear anything for three to four months.

He eventually received a phone call from the production manager on “Big Brother” who asked Tung if he could come in the next day for an interview. Even though he was still living in Ohio, Tung told the production manager he was just visiting family in the Buckeye State and would be back in Los Angeles the following week. Tung flew out to L.A. for a day, did the interview and flew back. 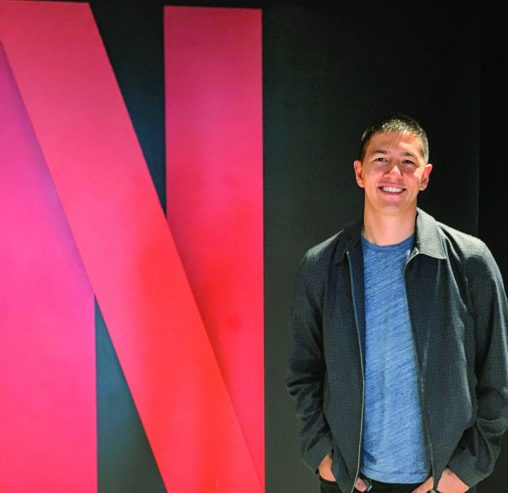 Six weeks later, Tung was working on another reality show in Cleveland when the production manager finally called and asked him to join the “Big Brother” team for the summer. Tung loaded his belongings into his car and drove to L.A.

“It was a lot of networking from there on,” Tung said.

He was eventually introduced to one of the heads of production at CBS and offered the opportunity to work as a production office assistant on a couple of pilots and then a series.

When the series was canceled, Tung started passing out his résumé on the CBS production lot. An assistant accountant approached him about an opening in the accounting office, but Tung was hesitant.

“Accounting sounded so far away from any dream that I had,” said Tung, who thought he was on a trajectory to be a producer. Despite his misgivings, Tung decided to have lunch with the accounting team for the TV series “The Millers.”

That lunch ended up being a pivotal moment in Tung’s career when one of the accountants asked him, “If you want to be a producer, how are you supposed to do that if you don’t understand how the money works?”

“That stuck with me,” said Tung. “The realization that if I want to be a producer, I have to understand how the business works.”

While it might not have been his dream job, Tung dove into his new role. He even came to work on the weekends to learn payroll. Tung was quickly promoted from clerk to a first assistant.

“In the accounting world, that’s a pretty big jump,” he explained.

When one of the finance executives at CBS was hired by Netflix, he brought Tung’s supervisor over to the world’s leading subscription service for TV episodes and movies. Six months later, Tung’s former boss at CBS asked him to join the team at Netflix.

Tung started as a contractor at Netflix in July 2015. He was hired full time after six months. As a production finance associate in Netflix’s original films division, Tung is responsible for supporting the overall financial health of each project. He works with financial controllers and line producers to manage the project as it’s being filmed.

“They build the budget, the schedule and, as the project is under way, they give us updates on how we’re doing,” said Tung, who also acts as a sounding board for ideas from the team on the ground and makes sure their financial plans are sound.

During his tenure at Netflix, Tung has touched almost every project in the company’s original films division, including all of the Adam Sandler movies, “War Machine” with Brad Pitt, Michael Bay’s “6 Underground” and “The Irishman,” a Martin Scorsese–directed film that will come out later this year.

In May 2019, Tung relocated to London, England, where he oversees Netflix’s new division for international films. He plans to be in London for six months as Netflix’s latest project gets off the ground.

Tung’s time in London fulfills a longtime dream to experience life overseas. “I feel like this is my study abroad experience,” he said.

Netflix’s growing international profile has allowed Tung to travel and build relationships with people all over the world.

“That is definitely the most rewarding part of my job,” he said. “I feel like I have grown personally by getting exposure to different cultures and different ways of thinking and doing business.”

With an annual revenue of $15.8 billion in 2018, Netflix has experienced rapid growth since Tung first joined the company. He was initially the only production finance associate. Today, there are six.

As Netflix continues to produce more original content, ranging from the critically acclaimed and award-winning series “The Crown” to a multiyear production deal with former President and First Lady Barack and Michelle Obama, Tung only sees that growth continuing.

“Things are always evolving here. You can’t get too comfortable with something, because it’s always going to change,” said Tung. “Every day I come in and I learn something new. I never know what the day will bring, which is exciting.”

Tung also takes pride in being part of a streaming service that can bring people together from around the world and allow them to engage in conversations and share ideas and opportunities.

“I do believe that streaming is the future of television and movies. It’s the first time there has been one single global network where a kid in South Africa can watch a film at the exact same time as a family in Japan,” he said. “As much as it feels like it’s been part of our lives for years, it’s still the very beginning. We’ll share stories that have never been told before.”

As he continues on his career trajectory at Netflix, Tung credits Wright State with helping him develop a foundational knowledge in filmmaking that enables him to communicate effectively with his colleagues.

“My Wright State education, especially in film theory, has helped me immensely to be able to talk about films,” he said. “I can speak the language of films when I’m talking with other partners at Netflix such as post-production, visuals and creatives.”

Although his career may have followed a different path than he originally envisioned, Tung has no regrets about how it all played out. And while he may have taken on the role of finance executive instead of producer, he’s still living his dream of making movies.

“How I got to Netflix was not necessarily planned. It was always just me saying yes to new opportunities and seeing where they took me,” he explained. “Sometimes when you come out of college you want to have this perfect plan. For me, it all kind of happened in a different way, but in a better way than I could have ever imagined.”