Valentine’s Day is a time to celebrate with the one you love. For many Wright State alumni, that someone special is twice as nice, being a fellow Wright State graduate.

Read about two alumni couples and their tales of how they fell for and married green and gold. Wright State is changing lives.

A lesson on chemistry 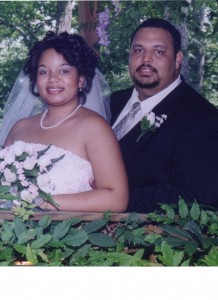 Brandon and Romena Holbert found each other in a chemistry class at Wright State.

She had done well enough in this class in high school, but was still wary of the college-level course. When the professor began to speak, Romena Holbert was at the ready, pen in hand, capturing every syllable that tumbled out of the professor’s mouth.

In the last row, out of the corner of her eye, she spied someone whom she dismissed at first.

“There was this guy, sitting in the back of the room, and he had this Pizza Hut box. He was just listening and watching the professor—kind of like he was watching TV,” she recalls.

A few weeks later, that dismissal seemed perhaps a bit too hasty.

“We got our first tests back. He got an A. I got a B,” she said with a curious smile. “And there he was with his pizza box again! And there I was, frantically trying my best to get an A. He’s so casual and laid back, but apparently quite smart. I thought he’d be a good person to get to know.”

“What an incredible experience,” sighs Romena, who just earned her Ph.D. “Without Wright State, none of this would have happened.” 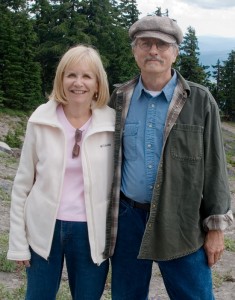 In 1972 Nils and Cindy Young met at Wright State University in the Allyn Hall Cafeteria and haven’t looked back since.

When Wright State University first began classes in September of 1964, Nils Young was there. When the Navy called in 1968, Nils was there. And in 1972, when Cindy sat down with a group of friends in the Allyn Hall Cafeteria (now The Hangar)…yes, Nils was there.

Majoring in German, Young caught the eye of Cindy, a fine arts major, when he mused that learning languages was “like learning music—you have to have an ear for it.”

Thus began their friendship. One year later, just before Thanksgiving of 1973, Nils asked Cindy to join him for life.

“I wore my mother’s wedding dress, which was made by my father’s mother,” says Cindy. Wearing a piece of family history, Cindy took the journey to her family’s future, joining her former military man for a lifelong enlistment.

In 1972 Nils and Cindy Young met at Wright State University in the Allyn Hall Cafeteria and haven’t looked back since.

Nils and Cindy Young were married in 1974, two years after they met at Wright State.

Brandon and Romena Holbert found each other in a chemistry class at Wright State.