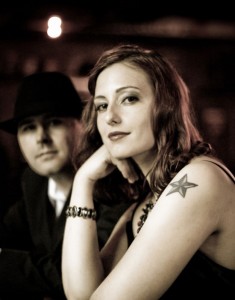 “I remember listening to my favorite artists as a kid­—The Cranberries, Fiona Apple, Chris Isaak—and finding solace in their songs, some kind of rare connection with the world,” said Benson. “It’s time to give back.”

Closer to Home is the first album Benson has launched since 2002’s The Campfire EP by her former Dayton-based band, Burning Veda.

Now living and writing fulltime in Indianapolis, Benson returns to the music business as half of the new “piano pop cabaret” project Irene & Reed, with industry veteran Jason Reed Milner.

With Benson on vocals and Milner on piano, the duo shared recording duties on their debut album, Closer to Home, with Milner’s brother Brad, a drummer, bassist and sound engineer from Nashville.

“The album’s concept explores the transition from childhood to adulthood,” said Benson. “It’s about reclaiming the dreams you once had and remembering that what you love most makes you who you are. It’s embracing individuality and appreciating the path from which you came—your home, your family and your experiences.”

Benson, a trained symphonic flutist who also studied guitar under Wright State music instructor Jim McCutcheon, has been writing music, lyrics and poetry since her childhood. She worked as an editor at the university’s newspaper, The Guardian, from 1999 until graduating in 2004 with a B.A. in English. 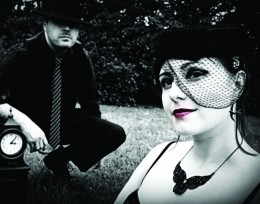 In 2002, she won recognition in the Mudrock student writing competition for her original song about embracing diversity, “Love in the Same Way.” She has since earned a master’s degree in journalism from Ball State University and currently works fulltime in marketing for an Indiana civil engineering firm.

For more information on Irene & Reed or to hear samples from Closer to Home, visit www.ireneandreed.com.