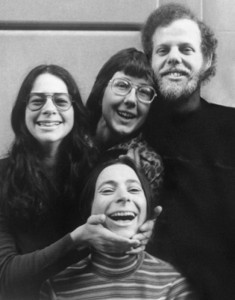 Specializing in social-issue documentaries, New Day Films is a unique distribution company that has been run as a participatory, democratic filmmakers’ cooperative for four decades; today, the company distributes 250 titles for 120 member filmmakers.

One of the films in the collection, Reichert and Klein’s Growing Up Female, was recently selected for the National Film Registry.

In celebration of New Day’s 40th anniversary, the Full Frame Documentary Film Festival in Durham, N.C., will showcase a selection of the founders’ films on Friday, April 13, at 4:50 p.m., and host a panel conversation with all four founding members about New Day’s history on Saturday, April 14, at 9:30 a.m.