Frightening film to screen at The Neon for one week only 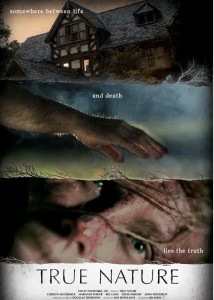 The film has been featured in more than 40 film festivals around the world.

“This is just the beginning for True Nature,” said Steele. “More screenings for select cities across the U.S. are in the works. We’re also planning to make a special announcement soon, so stay tuned to the film’s website.” 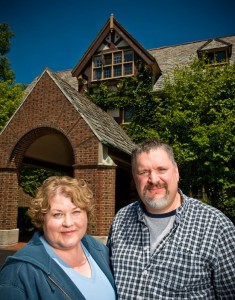 Steele and Rotolante, both advocates of grassroots independent filmmaking in the Dayton area, made the film with the assistance of over 40 Wright State alumni, professors and current students.

This was truly a Miami Valley project. Most of the film’s supplies were bought locally and many of the actors are from the Midwest. The movie was shot at numerous Dayton locations including Kettering Tower, the Schuster Center parking lot and the former Pacchia restaurant in the Oregon District. Dayton businesswoman and local arts patron Beth Duke served as co-producer. Duke even lent her family home, Hook Estate, to the production as the film’s primary set.

To date, True Nature has been an official selection at 40 film festivals in the U.S. and abroad. It was screened twice at the highly selective, noncompetitive Norrköping Filmfestival Flimmer in Norrköping, Sweden, where it played alongside films like The Road, The Runaways and Thirst. The film also had a dual screening at the prestigious festival FanCine in Málaga, Spain, where it received a standing ovation.

The film has won a number of awards at these festivals, including: