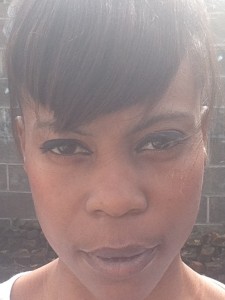 Fruitvale Station is based on the story of Oscar Grant, a 22-year-old Oakland, Calif., resident shot by police at the Fruitvale subway stop in 2009. The film was written and directed by first-time filmmaker Ryan Coogler, produced by Forest Whitaker and starred Michael B. Jordan.

Beachler grew up in Centerville, is a 2005 graduate of Wright State’s motion pictures program and lives in New Orleans.

She called the honor “exciting and amazing.”

“It’s definitely a springboard for bigger things, for more work, for just getting my face out there nationally and internationally,” Beachler said.

Pre-production on the film took about a month. It was shot in 24 days.

“I worked with the director and we really came up with the tone of the movie, the look of the movie,” Beachler said. “And I designed the sets and worked on locations. I paint the canvas the story takes place on.”

Julia Reichert, who recently left the ranks of Wright State motion pictures faculty to return to full-time filmmaking, said the production designer usually has a great impact on a film. She said it is very impressive that Beachler is the designer for a film that won the top two Sundance awards.

“She has pursued her dream forcefully, and yet she has continuously reached out to help younger ones find work, especially in that hotbed of film production, New Orleans,” Reichert said. “Her success is a beacon to current students, who can see that staying focused on your goals while maintaining your principles can bring rewards.”

Also competing at Sundance was the film Toy’s House, in which Wright State students/grads Lenny Suwalski, Chance Madison, Adam White and Scott Lipez worked on in technical capacities. Shot in Ohio, the movie is a coming-of-age comedy about three unhappy teenage boys who head into the wilderness with a plan to build a house and live off the land.

The awards were announced Jan. 26.