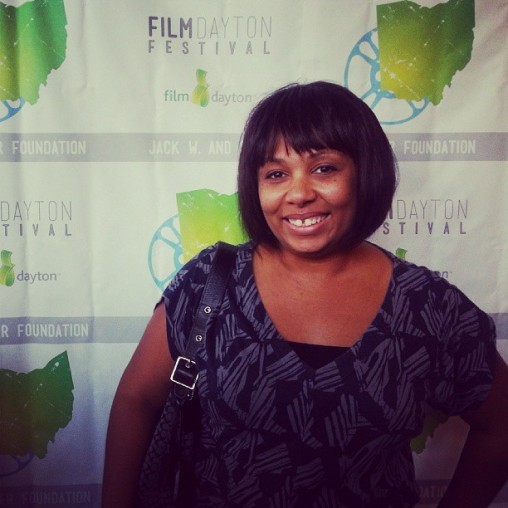 The idea of healing takes center stage in Selena Burks-Rentschler's With A Single Bullet. The documentary centers on the tenuous relationship between a quadriplegic gunshot victim and the near stranger who shot her.

With A Single Bullet, the new documentary from Sundance alumna and Wright State motion picture graduate Selena Burks-Rentschler, now has a campaign on Kickstarter. It will raise $15,000 to fund the completion of production and the start of post-production for this Cincinnati-based feature film.

Seven levels of funding are available, starting as low as $1. At the $50 level, funders will receive a DVD copy of the finished film. For $5,000, donors can participate in a skydiving trip to Indiana with one of the film’s lead characters.

Burks-Rentschler’s first documentary film, Saving Jackie, was a personal look at the long-term effects of drug addiction and the subsequent broken relationships within her own family. As the film promotes a message of forgiveness and healing, the filmmaker has spent much time doing community outreach by presenting her film to churches, drug rehabilitation centers, youth groups, high schools and universities. Saving Jackie had its world premiere at the 2005 Sundance Film Festival and is currently available on DVD from New Day Films.

The idea of healing also takes center stage in With A Single Bullet. The documentary centers on the tenuous relationship between a wheelchair-bound, quadriplegic gunshot victim and the near stranger who shot her. A chance encounter reunites them almost 20 years after the event that changed their lives, and they become unlikely allies to preach the dangers of mixing substance abuse with gun violence to church and youth groups throughout their city. Their intentions are honorable, but neither has truly made peace with their actions on that tragic night. With A Single Bullet questions whether there is a limit to a victim’s ability to forgive and move on when justice will never be served.

More information on the film and the Kickstarter campaign is available on its Facebook page.