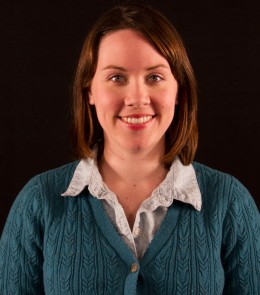 Wright State graduate students Caitlan Rizzardo (pictured) and Elizabeth McGregor, along with their advisor, professor Herb Colle, were honored for their research on improving GPS navigation systems in motor vehicles.

She grew up in a house with a globe and an atlas in every room. Her father, an air traffic controller, loved maps and would pore over them for hours in planning family trips.

For Caitlan Rizzardo, now a graduate psychology student at Wright State University, her father’s passion for geography and travel routes rubbed off.

In working on her doctorate in human-factors psychology, it was only natural that Rizzardo latched on to a project that has resulted in recommendations for improving GPS navigation systems in motor vehicles.

Rizzardo and fellow student researcher Elizabeth McGregor received the American Psychological Association, Division 3 (Experimental Psychology) New Investigator Award for a paper on their work that was co-authored by psychology professor and advisor Herb Colle, Ph.D., and published in the Journal of Experimental Psychology: Applied.

GPS, or the Global Positioning System, is a space-based satellite navigation system that provides location information to anyone with a GPS receiver. In motor vehicles, GPS devices feature street maps and turn-by-turn directions.

But Colle said GPS systems are not perfect. For example, they can take truck drivers on routes that get them stuck under bridges. And they can lead other drivers into traffic accidents when the instructions are misunderstood or the directions are wrong. 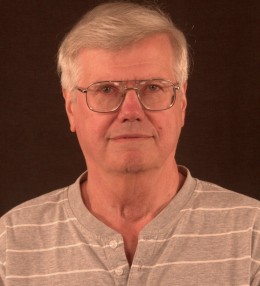 “There are news articles we’ve collected of people driving into lakes, into rivers, on to railroad tracks,” Colle said. “We rely on GPS systems, and if drivers are in an unknown area they have no way of judging otherwise. What they’re missing is a general understanding of what the environment is like—a picture in their mind of what the geography is like. Mainly, it’s the important landmarks.”

Psychologists have long been involved in spatial learning. During World War II, for example, psychologists helped the military redesign altimeters in airplanes because the pilots were misjudging the readouts on the devices and flying planes into the ground.

“One of the issues we have with equipment is trust,” Colle said.

In their award-winning article and in a previous one published in the journal Human Factors, this laboratory group summarized three years of research in which they developed an innovative new GPS display called the DATIM display. This display can provide both good turn-by-turn directions as well as a good sense of the spatial relations of landmarks in an unfamiliar region such as a new city.

In the Journal of Experimental Psychology paper, Rizzardo and McGregor conducted tests in a Wright State lab that showed drivers could learn the spatial locations of restaurants, stores and civic buildings as they drove through a simulated virtual environment. The drivers could learn substantial spatial information about the locations of these landmarks with glances to the GPS map display of fewer than two seconds.

Students were tested on four different navigational systems—including the DATIM display and one in which the drivers only heard the directions.

The researchers discovered that the DATIM display did not suffer from the tradeoff. It gave both good turn-by-turn directions so that drivers readily knew when to turn right or left and also gave drivers a better understanding of the layout of the region.

By better enabling them to evaluate the meaning of directions given to them by the GPS navigational system, the DATIM display frees drivers from total dependence on the GPS. This leads to safer driving situations, and drivers can better choose alternate routes in unanticipated situations such as highway construction or traffic jams.

“We think this is the direction for GPS systems,” Colle said. “You have to look at the system as a whole, not just making little changes to it.”