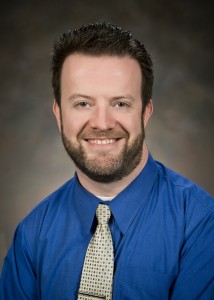 Thomas Webb, director of the Office of Disability Services

Wright State University has named Thomas Webb its new director of disability services — a highly-regarded position at the campus that is known nationally and internationally as a pioneer in accessibility.

Webb comes to Wright State from the University of Delaware and has past experience in Washington, D.C., drafting the Americans with Disabilities Act of 2008. He replaces Jeffrey Vernooy, who died in August after a 36-year career at Wright State.

“Wright State has really been on my radar I would say 10, 12 years,” Webb said. “In the disability community, Wright State is known as one of the best when it comes to the services we provide.”