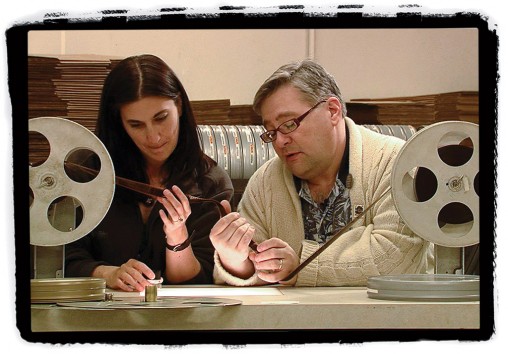 George Willeman, a 1988 Wright State graduate who is the nitrate film vault manager for the Library of Congress, will speak at the Public History Graduate Symposium March 14.

A Wright State University graduate who is the nitrate film vault manager for the Library of Congress will return to campus to deliver the keynote address at the Public History Graduate Symposium.

The symposium, whose theme is “Legacy: The Future is Our History,” will include breakout sessions on “The Legacy of World War I,” “Interpreting Local History” and “Women with Nerve.”

“Participants will gain knowledge and insight into the remarkable history of their hometown, region and the people who made it what it is,” said Dawne Dewey, head of Special Collections and Archives and director of the Public History program at Wright State.

The free daylong symposium will be held in the Student Union Endeavour Room. The deadline to register is March 7. RSVP by calling the Wright State University Archives at (937) 775-2092 or signing up online.

The symposium will focus on the fact that “we are making our history right now,” Dewey said. “We determine, based on the decisions we make, what our history will look like, how it will be recorded in the years to come. We can learn from the stories of the past and ensure that our legacy is one to be proud of.”

The keynote address will be delivered by George Willeman, who graduated from Wright State’s motion pictures program in 1988 and is an expert in both the preservation of motion picture film and the film industry in the 20th century.

He will discuss his work as nitrate film vault manager, the importance of preserving motion picture film history and how that history helps preserve the past and form the future.

“His job at the Library of Congress directly ties in to what public historians do—preserve and make accessible the history of the past,” Dewey said.

Today, he’s the nitrate film vault manager at the Library of Congress Packard Campus for Audio-Visual Conservation in Culpeper, Va., responsible for the more than 150,000 cans of nitrate film in the library’s collection.

“It’s really nerdy,” he said, “but I just love being around these reels of film and being a part of making sure that they’re preserved so that people can see them later on.”

Preservation is particularly important for the nitrate films that Willeman is responsible for. Used extensively from the late 1800s until the 1950s, nitrate film is highly flammable and must be kept in climate-controlled vaults.

With many of the early 20th century’s most beloved films in danger of going up in flames, it’s up to Willeman to rescue and safeguard these movies for future generations.

Willeman can also be heard talking about movies every week on Filmically Perfect with J. Todd Anderson, a filmmaker and storyboard artist, on WYSO Public Radio.

Read more about George Willeman and the National Film Registry in the spring 2013 issue of the Wright State University Magazine.