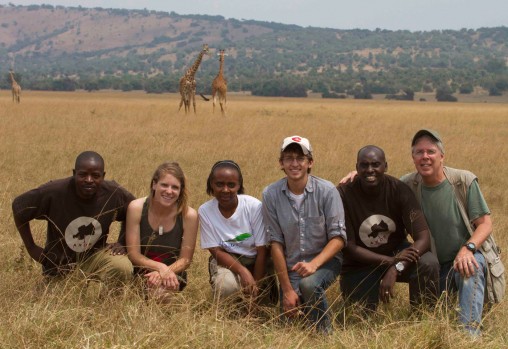 Ten years have passed since the genocide that scarred Rwanda. Over 1 million men, women and children were systematically killed by ethnic extremists. Rwanda continues to suffer from effects of the genocide—the country is plagued by crippling poverty, widespread HIV/AIDS, a lack of resources and an overwhelming orphan population.

The film is slated to premiere at the Wright State Nutter Center on Thursday, March 20, at 7 p.m.

Two years ago, Wickham was approached by Laurent Muvunyi, a native Rwandan living in Dayton whose brother founded ARDR, a nongovernmental organization in Rwamagana, a village in Rwanda’s Eastern Province. Muvunyi asked Wickham to go to Rwanda with him, a group of photographers and community organizers to document the humanitarian initiatives ARDR was implementing. 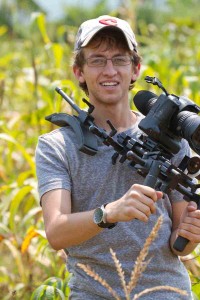 “Before going to Rwanda, the only thing I knew about the genocide was what was shown in Hotel Rwanda,” said Wickham. “Once I arrived and began filming, I started to understand the complexities that still surround the genocide. It became very real very quickly.”

The two-week trip to Rwanda was the brainchild of ARDR Allies, an Ohio-based group founded by Muvunyi that financially supports ARDR’s efforts.

“The situation in Rwanda is really bad,” said Muvunyi. “I felt like I had to do something.”

After two years of extensive storyboarding, editing and translating, Wickham produced a full-length documentary that he believes effectively captures the efforts of ARDR and ARDR Allies.

“I believe that the film does a good job of demonstrating the positivity and inner strength of the Rwandan people,” said Wickham.

The film highlights ARDR’s need for funds to purchase land and build a school for the 380 children in ARDR’s program. Additionally, it shows the financial push from ARDR Allies to provide education and health care to those children, most of whom are orphans.

“We want people to walk away from the documentary feeling like they can be a part of the solution,” said Collins. “After seeing the film, we want people to understand that they can become an ally to ARDR offering financial support; that you can help Rwandan communities help themselves.” 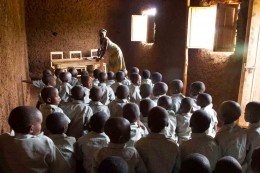 Collins said that ARDR stands out among other humanitarian organizations because of its community-based mentality.

“We’re an initiative that moves from relief, which tends to only satisfy people’s immediate needs, to sustainable development,” said Collins. “By nature, this lasting support can only be done with the people, by the people and for the people of Rwanda.”

Wickham, Collins and Muvunyi will attend the March 20 premiere and will be available to answer questions and show how others can get involved.

“You’re going to learn a lot about a fresh NGO that does a lot to support and empower the people of Rwanda as they continue to recover from the genocide,” said Wickham.

More information about ARDR and ARDR Allies is available on the organization’s website or by calling David Collins at (937) 479-0681.