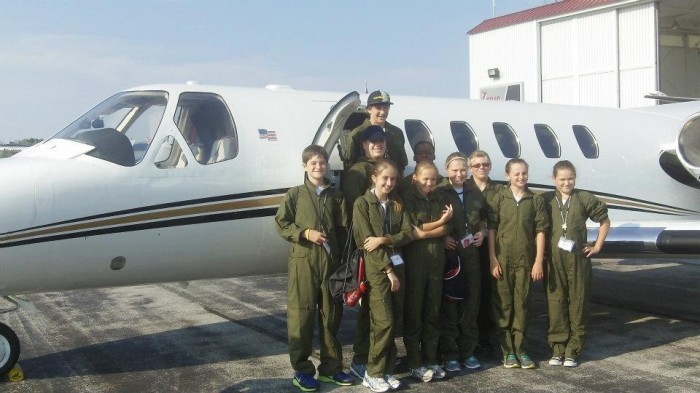 Air Camp students will work with faculty from Wright State University, the University of Dayton and Sinclair Community College.

Middle school students from across the U.S. will experience the thrill of flying an airplane themselves this summer at three sessions of Air Camp in Dayton, providing an introduction to the wonders of flight and the science, technology, engineering, and mathematics (STEM) of aviation and aeronautics.

For many students, the highlights of the week are an introduction to flight training at Sinclair Community College and taking the controls of an airplane in a flight from the Dayton-Wright Brothers Airport, along with learning the STEM behind aviation through non-stop activities at the region’s exceptional aviation resources. Wright State University serves as the host facility for housing and meeting space, while students work with faculty from Wright State, the University of Dayton and Sinclair throughout the week. 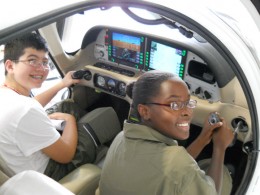 Students tour behind the scenes at the Air Force Research Laboratory, the National Museum of the U.S. Air Force, Dayton History, the Boonshoft Museum of Discovery and the Dayton International Airport. At Wright-Patterson Air Force Base, students sit at the controls of the giant C-17 Globemaster III. At the Dayton International Airport, students stand 250 feet above the ground in the control tower to view the airport’s flight and ground operations. Throughout the week, students engage in hands-on learning, such as flying micro-UAVs and wind tunnel testing their airplane wing design, guided by aviation professionals and award-winning teachers.

“Air Camp promises to inspire our youth with the amazing possibilities of flight,” says Terrence Slaybaugh, director of aviation for the City of Dayton. “As the birthplace of aviation and an aerospace hub, Dayton is an ideal location, and Dayton International Airport is thrilled to play a role in the Air Camp experience.”

Applications are available online at AirCampUSA.com for students entering the seventh through ninth grades in fall 2014. A teacher recommendation is required, and tuition is $995, with a limited number of need-based scholarships available. The initial deadline for applications is April 30.

As a not-for-profit entity, Air Camp is made possible by donations, sponsorships, scholarships and in-kind support from individuals, foundations, businesses, colleges and universities, government agencies and individuals.

For more information, visit AirCampUSA.com or find the organization on Facebook.