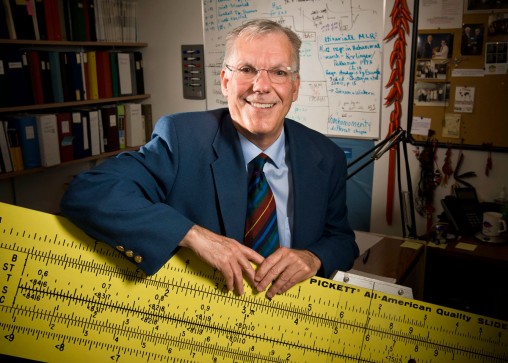 What are the chances?

Wright State University statistics professor Harry Khamis being named an American Statistical Association Fellow, a prestigious national distinction that honors those at the top of the numbers profession.

The work of Khamis, Ph.D., a professor in the College of Science and Mathematics as well as director of the Statistical Consulting Center, has had national and international impact.

Khamis developed a widespread model that predicts how tall a child will be as an adult. And his statistical methods have been used to investigate an international outbreak of fungal eye infections linked to contact-lens solution.

This all from a man for whom math did not come easy.

“I had to work for it,” Khamis said. “I did not get born with the brains that many of my colleagues here at the department have.” 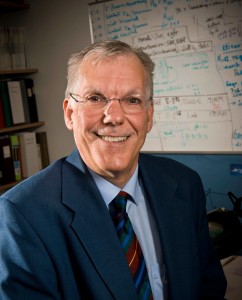 Harry Khamis has has taught statistics and calculus at Wright State since 1980.

Khamis grew up in San Jose, Calif., the son of a plastering contractor.

“I worked for my dad as a grunt laborer every summer and weekends during the academic year,” he recalled. “It was hard, miserable work, but it paid a heck of a lot more than working at McDonald’s.”

At Willow Glen High School, Khamis developed a passion for math. He spent two years at San Jose City College and then graduated with a bachelor’s degree in math from Santa Clara University. He obtained his master’s in math at Virginia Tech University and then his Ph.D., this time in statistics.

Khamis said people need to master the basic principles of statistics such as averages and bar charts in order to fully understand certain research and even grasp the significance of statistics in the news.

“Statistics is the mathematics of uncertainty,” he said.

Khamis arrived at Wright State in 1980 and has been teaching statistics and calculus during his 34-year career. His office bookshelves sag with books on statistics. A giant yellow slide rule—a true museum piece—hangs on his wall.

Wright State is developing a track record when it comes to statistics honors. Two years ago, professor Thaddeus Tarpey was named an ASA Fellow.

In addition to teaching, Khamis has consulted with hundreds of clients on statistical methodology and biological/medical issues. Clients have included the Cancer Prevention Institute, the Community Blood Center, the Ohio Public Defender’s Office, B.F. Goodrich, Nestlé and many others.

When he’s not crunching numbers or teaching, Khamis plays bridge (he is a Bronze Life Master) or follows his passion for international folk dancing, especially the Swedish or Scottish variety.

Khamis’ fellowship will be among the 50 or so officially awarded by the ASA at an August conference in Boston.

However, Khamis won’t be able to attend. He will be taking an exam in Scotland to become a certified teacher of Scottish country dancing.