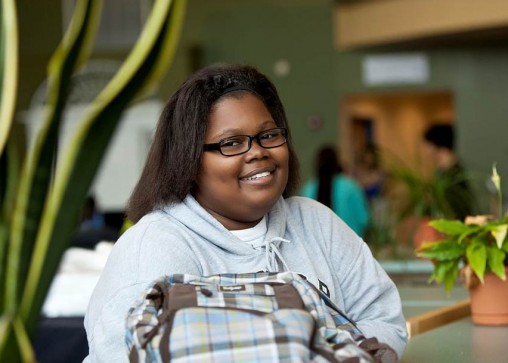 In and out of foster homes throughout her life, Vicky Lindsey was her high school's class salutatorian and is now bound for the nursing program at Wright State.

Born on her mother’s couch, Vicky Lindsey has been in and out of foster homes since she was just a baby. She began living alone when she was 16, scrambling to keep food in the fridge, get herself to work and school, and pursue her dream of becoming a traveling nurse.

Today, the 19-year-old graduate of Woodward High School in Cincinnati is salutatorian of her class and bound for the nursing program at Wright State University.

“The benefits I will get from attending Wright State are a family environment, upbeat community and lots of support,” Lindsey said. “If I do have challenges that I might face during my stay, they would most likely be me becoming lonely when I have nowhere to go and others are out spending time with their families.”

She was placed in foster care when she was 6 months old. Although she would return home for brief periods, she and her mother constantly clashed and Lindsey would find herself back in a foster home. She felt abandoned.

But then she found purpose. 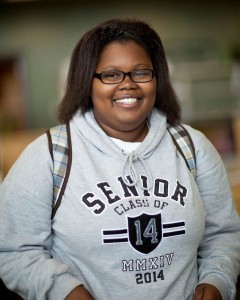 When Lindsey was in the eighth grade, her foster mother fell deathly ill and had to spend two weeks in the hospital. It was Lindsey’s first brush with the nursing profession.

“Nurses are the first contact that patients have,” she said. “They will always remember that face.”

Her interest in nursing was reinforced by the school nurse at Gardendale Academy, the Dayton school Lindsey attended at the time. The nurse would give her clothes and other necessities as well as motherly advice.

“She was always there. I never had that growing up,” Lindsey said. “She would actually force me to tell her what was bothering me when I didn’t want to talk. That inspired me because a lot of people don’t do that. They give up on kids like me, and she didn’t give up. So I wanted to do what she did.”

When Lindsey was 16, she got her own apartment in Cincinnati through an independent-living program that paid the rent, but nothing else. She made ends meet by working at Kings Island and United Dairy Farmers.

“It’s stressful,” she said. “You’re 16, still in school and have a job. You have to have food in your house, bus fare. And you can’t do all the other things kids can do.”

When she wasn’t at home or at work, Lindsey was at school—giving everything she had.

When she suffered asthma attacks and had to be hospitalized, she had friends bring her schoolwork so she wouldn’t fall behind. She threw herself into her medical-assistance classes, learning how to take vital signs with medical mannequins and getting hands-on clinical experience.

“I just kept pushing myself,” she said.

But a major reason for Lindsey choosing Wright State—which takes students where they are financially and experientially and gets them to the finish line—is the university’s Independent Scholars Network, an innovative program that nurtures, educates and graduates emancipated foster students.

“Wright State was perfect,” she said. “I know I will really need that help, that extra push. I can push myself, but everybody needs to have somebody else to push them.”