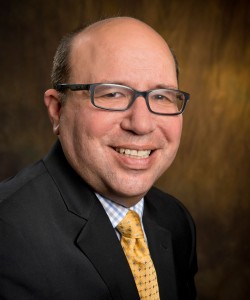 Julian Trevino, professor and chair of the Department of Dermatology at the Wright State University Boonshoft School of Medicine

The U.S. Food and Drug Administration has established stricter regulations of indoor tanning devices to help protect children under 18 from exposure to hazardous tanning bed radiation.

Julian Trevino, M.D., professor and chair of the Department of Dermatology at the Wright State University Boonshoft School of Medicine, says the May 29 decision by the FDA is long overdue. The FDA will now require manufacturers to put a black-box warning on tanning devices stating that they should not be used by anyone younger than 18.

“Minors under 18 who use tanning beds increase their risk of skin cancer,” said Trevino, who is one of only a few pediatric dermatologists in the Dayton area. “The FDA’s stricter regulations will help educate people about the dangers of exposure to ultraviolet radiation. Through education, we can save lives and help reduce health care costs.”

Some 2.3 million teens tan indoors annually, according to the American Academy of Dermatology. Their risk of developing melanoma, the most serious form of skin cancer, increases by 59 percent.

The stricter FDA regulations require tanning bed and lamp manufacturers to show that their products have met certain performance testing devices. These manufacturers also have to warn frequent users of sunlamps to be regularly screened for skin cancer and alert users that tanning lamps are not recommended for those under 18.

To date, 24 states have passed laws to prohibit minors from using tanning beds. Ohio is not one of them. However, the Ohio House Health and Aging Committee passed a bill on May 28 strengthening regulations and education for when minors are permitted to use tanning beds.

“Ohio needs to protect the health and safety of our children,” said Trevino, who is a past president of the Ohio Dermatological Association and serves on the association’s board of trustees. “Ohio needs to pass legislation that prohibits minors from using tanning beds.”