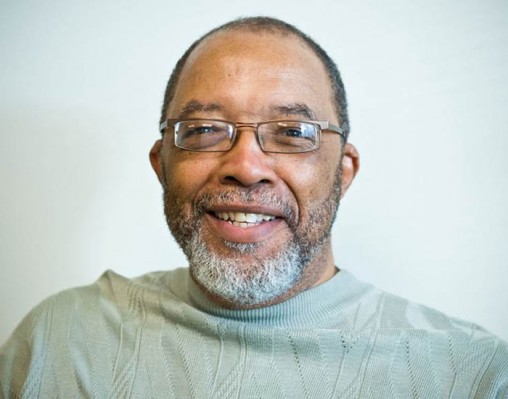 When he arrived at Wright State’s School of Professional Psychology (SOPP) as a charter faculty member in 1979, James Dobbins anticipated that he might stay only a few years in higher education before beginning a private practice.

That was 35 years, two presidential citations and an ocean of achievements ago. As it turns out, Wright State became his primary workstation as a full-time academic, from which Dobbins is retiring on Aug. 1.

Dobbins has certainly left a stamp of his leadership on Wright State, including its infrastructure. He led the SOPP faculty in designing the Duke E. Ellis Institute for Human Development, which serves as a teaching and training clinic for SOPP students.

The architecturally award-winning structure in Dayton houses classrooms and faculty offices. It also provides space for students to interact with clients and for faculty supervisors to generate innovative programs. In addition, the Ellis Institute serves as a meeting place for community groups, including the Resilient Young Ladies and Gentlemen’s Program for which Dobbins served as clinical director for more than 20 years.

Speaking of the institute, Dobbins feels it is more than just a training place or a building.

“We’re a vital part of the living, breathing community of Dayton and west Dayton in particular,” he said.

Dobbins’ interest in psychology dates back to his childhood in Cincinnati when his older sister brought a psychology project home from college. She used a tiny maze to test perception and learning among the kids in the neighborhood, but did not allow her younger brother to participate.

Dobbins was fascinated by the experiment and motivated by his exclusion. He began to study books on psychology. By the time he was in the eighth grade, he had made up his mind to be a psychologist.

Dobbins’ mother tried to discourage her son from a career in psychology because there were few African Americans in the field at the time. But James was determined and chose to major in psychology at The Ohio State University.

He worked his way through college — as a campus librarian, recreation manager for the Salvation Army and recreation therapy assistant at Ohio State’s Upham Hall, which was a training center for psychiatric care.

“It really convinced me more than ever that I wanted to be in the mental health field,” he said.

After obtaining his bachelor degree in psychology from Ohio State, Dobbins went to the University of Pittsburgh, which at the time was one of only a few professional schools in the nation committed to training African Americans for doctoral-level psychology practice.

After getting his master’s and doctorate degrees in clinical psychology at Pitt, he began a post-doctoral program there as a Provosts Fellow. This was also about the time when graduate schools of professional psychology were just emerging as a new doctoral training model.

“I was disenchanted in some ways with the traditional teacher/researcher/scholar model of training,” he recalled. “I wanted to be a clinician. I wanted to help people solve problems, heal from wounds, change behavior. This is what the new model promoted.”

Dobbins moved in this direction after returning home to Cincinnati to be close to family in December 1978.

At the urging of a friend who was working at Wright State, Dobbins interviewed for a faculty position at SOPP, which was just being established. He started his new faculty position on Jan. 2, 1979.

“I valued the mission of the school because it matched so much the mission I had embraced at the University of Pittsburgh, to train diverse people to serve in a diverse world,” Dobbins said. “The founding luminaries who had the idea for this school in the state of Ohio were influential psychologists who mentored me and made me believe I had something to offer beyond even what I had imagined.”

He takes pride in the fact that “Wright State has become known nationally for the kind of training that we do in diversity. We train more doctoral-level psychologists of color than any graduate school in the world,” he said.

Dobbins also developed a post-doctoral training program inside SOPP. Graduates of the program are now teaching in the Wright State doctoral program as well as in several other universities. SOPP graduates are working in prestigious training and service institutes around the globe, all of whom he has helped to train.

Dobbins recently served as president of the National Council of Schools of Professional Psychology, which represents 90 institutions in North America. He and his colleagues in the SOPP took the school’s diversity training model to a council conference in 2008 and it is now being used around the country.

After retiring from Wright State, the 68-year-old Dobbins plans to continue his private practice, which involves working with families and youth, and consulting with schools, local and national governmental agencies, the Wesley Center, HomeFull and other local social service agencies.

But most critically, there will be more time for gardening, visiting his 10 grandchildren and walking his Five Oaks neighborhood, where he has lived for the past 35 years.

Dobbins wants his legacy to be enduring, but not trumpeted.