Misbehavior in the workplace 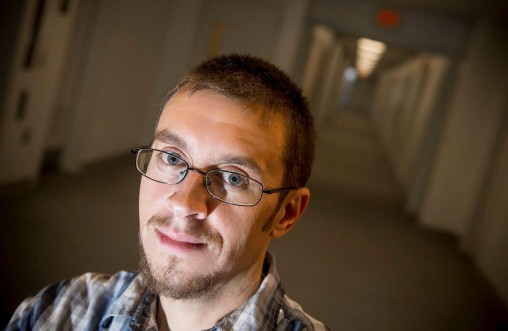 Psychology professor Nathan Bowling’s research on counterproductive work behaviors will be published in the International Journal of Selection and Assessment.

“Pssst. Boss. Larry’s been leaving work early. You didn’t hear it from me.”

“We are talking about any behavior that has the potential to harm the person’s employer or harm other people in the organization,” said Nathan Bowling, a psychology professor who directs Wright State’s industrial organizational psychology Ph.D. area.

The paper by Bowling and colleague Brian Lyons of Elon (N.C.) University’s Management Department will be published by the International Journal of Selection and Assessment, which features empirical studies, review articles and theoretical expositions related to staffing and assessment in organizations.

Bowling and Lyons surveyed over 250 employees at a variety of companies. The workers, who responded to the questions anonymously, were asked if they observed and reported various forms of coworker misbehavior.

“What we found is that people witness a lot, see a lot of things,” said Bowling. “But about 75 percent of what people say they witnessed, they don’t report.”

Researchers have been studying counterproductive work behaviors in earnest for the past 15 years.

“It’s a newer hot topic, but I don’t know that there is any bigger trend that has put this on the radar screen,” said Bowling. “I think this is a behavior that has always been present. I think it’s part of human nature. I think if you give people a chance, they’re going to lie, cheat and steal — just a little bit.”

Bowling said recent research suggests that most employees want to think of themselves as generally honest, but they also want to benefit from cutting corners and cheating.

“Many people will cheat just enough so they get some of the benefits, but not to such a degree that it undermines the positive opinion they have of themselves,” he said.

He said the primary reasons workers don’t report bad behavior is that they fear retaliation from the perpetrator or they simply do not want to get involved in something they feel is between the perpetrator and the company. 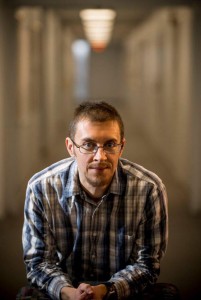 Nathan Bowling’s next paper will examine company policies on reporting bad behavior and what the consequences are for people who report misbehavior.

“We found that people who have a positive attachment to their organization — who are committed to their companies — report a relatively higher percentage of what they see,” Bowling said. “If you are emotionally attached, you report a larger percentage. And people are more apt to report serious incidences of misbehavior.”

He said companies that take steps to ingratiate workers and increase loyalty are likely to increase the percentage of bad behavior employees report.

Bowling said the researchers found no evidence that the personalities of workers — from the conscientious and hard-working to the nervous and anxious — had anything to do with the level of reporting.

A survey by the National Retail Federation found that loss due to employee theft, shoplifting, paperwork errors and supplier fraud added up to $34.5 billion, or 1.41 percent of retail sales, in 2011.

A full 95 percent of employees steal from their employers, up from 79 percent in 1999, according to a 2013 anonymous survey of 500 retail and service industry employees by Kessler International. And a survey of 23 major retailers found they apprehended 71,095 dishonest employees in 2012, or one in every 40 workers, according to Jack L. Hayes International’s Annual Retail Theft Survey.

Bowling and Lyons are currently working on another paper that examines company policies on reporting bad behavior by reviewing handbooks and codes of ethics. A vast majority of the companies they have examined have policies stating that employees who witness bad behavior are obligated to report it.

“So companies see this as an issue,” Bowling said. “Our hypothesis is if your company has a policy that encourages you to report, you are going to be more likely to report. Companies should have a policy in place and make it explicit about what they expect.”

Bowling said that their next paper will take a look at what the consequences are for people who report bad behavior.

“Our guess is that people who report aren’t terribly popular with their coworkers,” he said.