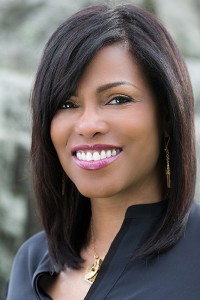 IIyasah Al-Shabazz, the daughter of Malcolm X, will speak at Wright State on Feb. 18 during “Daughters Rising from the Dust: Children of the Civil Rights Movement Speak Out,” part of “The Phoenix Project.”

From a visit by Malcolm X’s daughter to a documentary about a racial terrorist bombing, Wright State’s Bolinga Black Cultural Resources Center and the Division of Multicultural Affairs and Community Engagement will host a three-day series of events marking Black History Month.

The series will address the racial tension that has been in America since its beginning and how it has lingered in the shadows ever since.

It commemorates the 50th anniversary of the Voting Rights Act of 1965 and precedes Wright State’s Civil Rights Pilgrimage, which will take place March 3-9.

Students, staff, faculty and the public are welcomed to attend the free series of events offered by “The Phoenix Project.”

The topics that will be discussed during “The Phoenix Project” will “relate what students are learning at the university to what is happening in current events related to justice seeking, not just in the United States but around the world,” said Kimberly Barrett, vice president of multicultural and community engagement.

A salient historical pattern among African-Americans is “contradictory desires for both inclusion and separation in the United States,” said Opolot Okia, director of African and African-American studies and associate professor of history.

“If you think about most of the dominant cultural forces and historical phenomena … that have shaped the African-American community, you can discern the boundaries of either inclusion or separation, depending upon the way you look at it. Even if you look at the names that have been used to describe black people in America (negro, black, African-American in the 19th century, African, colored) the outline of inclusion and separation is noticeable,” Okia said. 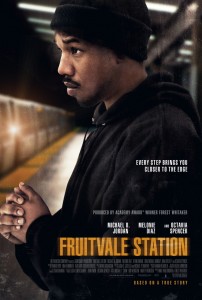 “Fruitvale Station” is one of three films that will be screened on Feb. 17.

“Fruitvale Station” is about a young African-American male and reflects facets and complexities of the cases of Trayvon Martin, Amadou Diallo and even John Crawford III, said Tracy Snipe, associate professor of political science and catalyst behind “The Phoenix Project.”

On Wednesday, Feb. 18, at 6 p.m. in the Student Union Apollo Room, six distinguished women of the civil rights era will participate in “Daughters Rising from the Dust: Children of the Civil Rights Movement Speak Out.”

The panel “provides a rare opportunity to hear from people intimately connected to civil rights leaders who changed our world,” Barrett said. “It comes at a significant time not only in terms of commemorating the 50th anniversary of the Voting Rights Act, a major triumph for social justice, but also at a time when we are struggling with social unrest around current events in the criminal justice system.” 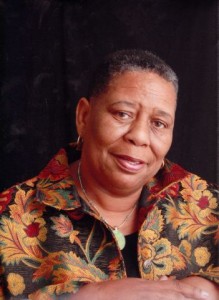 Joanne Bland, an active participant in the civil rights movement and co-founder of the National Voting Rights Museum, will speak at the “Daughters Rising from the Dust” panel.

Speakers include IIyasah Al-Shabazz, daughter of Malcolm X; Joanne Bland, a victim of Selma’s Bloody Sunday of March 7, 1965; Reena Evers, daughter of Medgar Evers, who was killed in Jackson, Miss; Angela Lewis, daughter of slain CORE civil rights activist James Chaney; Mary Liuzzo Lilleboe, daughter of Viola Liuzzo, who was killed by the Ku Klux Klan; and Sarah Collins Rudolph, the fifth girl and survivor of the 16th Street Baptist Church bombing in Birmingham, Ala. Snipe is completing a biography of Rudolph called “The Fifth Girl.”

The speaker who stands out the most to Barrett is Lilleboe.

“She is daughter of Viola Luizzo, who is said to be only white woman murdered for her participation in the civil rights movement,” Barrett said. “She (Viola Liuzzo) understood that injustice anywhere is a threat to justice everywhere and gave her life for her conviction. She was moved to act by the atrocities she witnessed in the South although she lived in a different region of the country and was white. She could have easily said it was not her fight.”

The series culminates on Thursday, Feb. 19, with a panel and forum in 120 Medical Sciences.

From 6 to 7 p.m., students and audience members can engage through a question-and-answer panel on recent events in places such as Ferguson, Mo., and Beavercreek. The panel will include members of the Ohio Students Association and will be moderated by Simone Polk, assistant vice president of student affairs, and John Feldmeier, professor of political science.

A town hall meeting will be held from 7 to 9 p.m. addressing policing, voting rights and civil liberties within a broader context. This second forum will be moderated by Nicole M. Austin-Hillery, director and counsel of the Washington office of the Brennan Center for Justice at New York University School of Law.

For more information about “The Phoenix Project” contact (937) 775-5645 or edward.depp@wright.edu or visit wright.edu/bolinga. 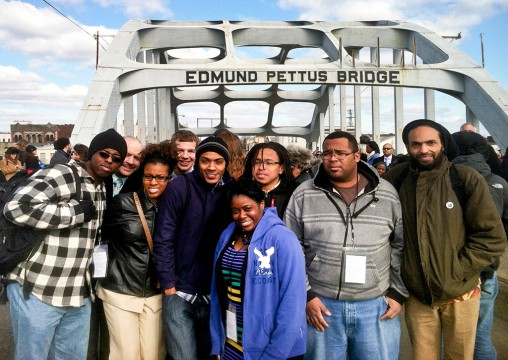 Wright State students will visit critical sites associated with the civil rights movement during the Civil Rights Pilgrimage March 3-9. Pictured here are participants of the 2013 trip.

Diversity is increasing in the Wright State student body, particularly in terms of international student representation. In an effort to internationalize the curriculum, Nycia Bolds, assistant director of the Bolinga Center, reached out to this demographic for the Civil Rights Pilgrimage, “Selma: Bridge to the Past, Gateway to the Future.”

Several international students will attend the pilgrimage for the first time. “One of the most important levels of cultural identity in the USA is race. However, in other parts of the world religion is more important as a way of distinguishing people,” Okia said.

Next month the university will offer the pilgrimage during Spring Break, March 3-9, to illustrate the importance of race relations and diversity. Participants will visit critical sites associated with the civil rights movement to examine a crucial phase of America’s past.

“History repeats itself. … We must learn the lessons,” said Andrianna Milton, a recent Wright State graduate who has traveled with two previous delegations and will participate in this year’s pilgrimage as a peer leader.

Participants will engage in a sit-in reenactment, walk across the Edmund Pettus Bridge and visit civil rights landmarks in Nashville, Memphis, Jackson, Montgomery and Atlanta, among other destinations.

Registration began last August and closes after 45 participants. The deadline to register is Feb. 15.

For more information about the pilgrimage, contact Nycia Bolds at nycia.bolds@wright.edu or (937) 775-5645 or visit wright.edu/bolinga.