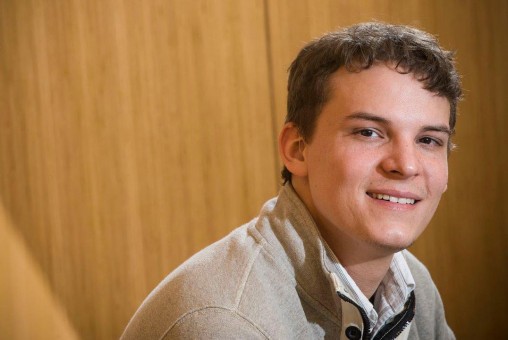 Wright State’s Kevin Smith, who bounced around the foster care system for nearly 10 years before being adopted, is poised to graduate and hopes to combine psychology with political science.

Relationships — both personal and international.

That’s the career focus of Wright State psychology major Kevin Smith, who bounced around the foster care system for nearly 10 years before being adopted by a family in Chillicothe, Ohio.

“Because of all the time I’ve spent going from one family to the next, one state to the next, getting that diversity of different backgrounds made me want to broaden my view of the world,” he said.

Smith is poised to get his bachelor’s degree in psychology in May.

“I was always interested in human interaction from every dynamical level — relationships, parental interaction to just the social dynamic interaction with friends,” he said.

Smith is also interested in international studies and policies. Eventually, he hopes to get his master’s degree in political science and his Ph.D. in the concentrated field of political psychology.

In the meantime, he is preparing to take part in the Model UN, a New York City conference similar to that of the United Nations in which students participate as delegates to various UN committees.

After graduation, he hopes to join the Peace Corps and spend time in Morocco.

“I want to have that comprehensive background of the cultural shock,” he said. “It’s one thing to read it in the papers. It’s another thing to actually go overseas and experience it.”

Smith’s interest in the Peace Corps and foreign cultures was fired by three of his college roommates, who hailed from different foreign countries.

“They would always tell me these stories of their cultures, the beliefs that they had,” he said. “It was profoundly fascinating.”

Smith was born in Lima, Ohio. He lived with foster families until he was adopted at age 11.

His mother works for the Ohio Department of Health in Columbus. His father is a funeral director and a well-intentioned disciplinarian.

“He wants you to be able to walk tall with your head held high, Smith said.

As a child, Smith was energetic and would spend a lot of time playing in the woods.

“My mom used to have a nickname for me, called me Dirt Magnet, because I would always come back covered in dirt,” he said. 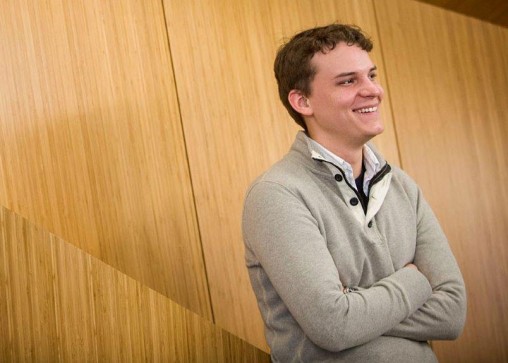 A member of the Wright State Model UN team, Kevin Smith hopes to join the Peace Corps and spend time in Morocco after graduation in May.

During his senior year at Chillicothe High School, Smith had doubts about whether he could get into college.

“I’m one of those students that has to work very hard, study for long hours to get that A,” he said. “When I learned I got accepted at Wright State, I was blown away.”

Smith says Wright State is the ideal size for him, not too big and not too small. He also likes the surrounding community and everything it offers.

“Wright State is the perfect setting,” he said. “I ended up falling in love with it.”

However, college wasn’t easy for Smith at first.

“In the beginning of my college career, I was struggling a lot to keep up in my classes, almost to the point where I was even considering dropping out,” he said. “But I had excellent faculty/staff who gave me some guidelines, some tips, kept encouraging me to stick with it.”

Smith’s childhood and journey to college has led him to embrace the motto: “Hope for the best, prepare for the worst.”

“Life never goes the way you want it to. Psychology definitely teaches you that,” he said. “You can hope for the best, but to come out with the best, have backup plans.”