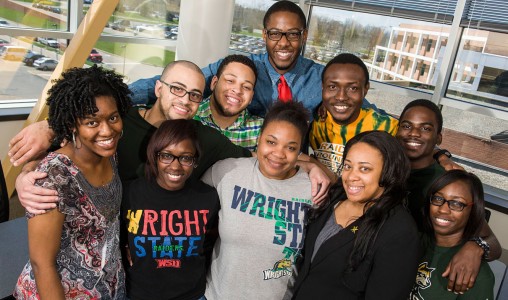 A Wright State engineering organization helps African-American students cope with issues minorities face in the workplace and prepares them for successful careers as engineers.

The national organization was created to “stimulate and develop student interest in the various engineering disciplines, strive to increase the number of minority students studying engineering, … encourage members to seek advanced degrees in engineering or related fields and to obtain professional engineering registrations,” said Kamryn Cosby, a Wright State student majoring in mechanical engineering and treasurer of NSBE.

NSBE wants to “promote public awareness of engineering and the opportunities for African-American and other minorities in that profession,” said Cosby.

Cosby said the society not only aims to represent minorities, but diversity as well.

NSBE aims to help their members succeed not only in the future but also in the present.

“What our WSU chapter is all about is getting our students to walk across the stage in four to five years. We want the students who come in as freshmen to walk out as seniors,” Cosby said. “We believe in the family aspect so making sure that we know each and every member inside and outside of Russ Engineering Center.”

NSBE stays active with speakers and conferences that address the after-college life of an engineer. Members attend two conferences with various workshops, attend a career fair with many Fortune 500 companies and hosted a panel of guest speakers at a recent meeting.

The panel discussed “struggles people may face in the industry because they are a minority, why they wanted to be an engineer and what makes them want to get up every morning and continue to do what they do,” Cosby said.

In March, five Wright State students traveled to Anaheim, Calif., for the NSBE national convention. Through networking, a student received a job while attending a recent regional conference. Students have also discussed professional interview dress and resume format with guests from UTC Aerospace and Clothes that Work.

Heaton said NSBE was also at the Hoopla STEM Challenge. The College of Engineering and Computer Science is a sponsor of First Four in Dayton, in conjunction with the NCAA Basketball Tournament.

For more information about the National Society of Black Engineers visit nsbe.org.