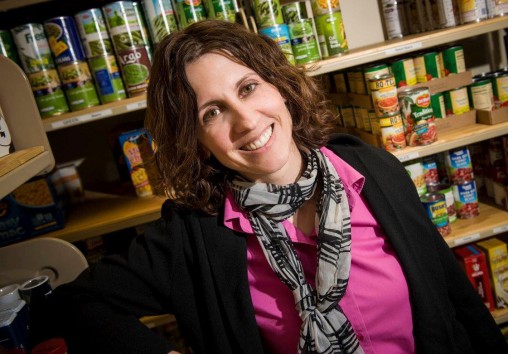 She grew up in France near the Swiss border in the tiny mountainous village of La Bresse, where she learned to ski at a young age and worked in her parents’ bakery and tea shop.

But the life of Carine Verlin was to take a tumultuous turn. She married as a teenager, was swallowed up by a religious sect, and endured a rocky marriage that ultimately left her as a single mother of five, all alone in a foreign land and looking for a meaningful career.

But things have turned around.

Today, the 43-year-old Verlin is a graduate student at Wright State University with a psychology degree in her pocket and steaming toward a double master’s degree. She also works jobs at Wright State’s campus food pantry and UC Blue Ash College.

“It’s like I have a red carpet in front of me,” said Verlin. “I just walk, and doors open for me. I’m so grateful.”

Nearly 40 percent of students seeking graduate-level degrees at Wright State are age 30 or older, not including doctoral and professional students.

After attending high school in France, Verlin married at 18 and became involved in her husband’s religious sect. Women were expected to avoid the trappings of secular life like makeup and jewelry and devote themselves to bearing children.

The couple left the sect after five years and in 2000 moved to Lebanon, Ohio. Verlin stayed home to raise the kids, but the couple’s relationship was a stormy one and the couple divorced after 24 years of marriage.

“I was walking on eggshells all the time,” she recalled. “I was scared, alone and didn’t talk to anybody about the situation.”

A job at a pet store only yielded Verlin $7.25 an hour. So at age 38, after getting her GED, she decided to go to college and study psychology, enrolling at Sinclair Community College.

“For all those years I was so concentrated on my husband and my kids that I had no time for me. My self-esteem was so low,” she said. “I wanted to learn psychology to really understand who I was and what was really going on in my situation. Taking psychology classes made me stronger.” 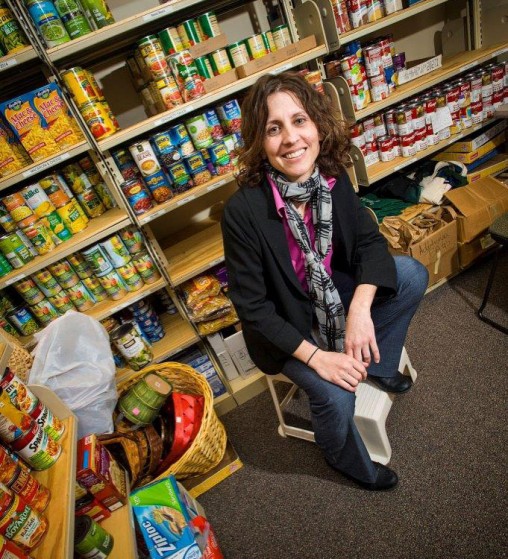 She took two psychology classes and got A’s. Encouraged, she enrolled in more classes and kept getting A’s. In 2012, she enrolled at Wright State even though it is a two-hour, round-trip drive from her home near Cincinnati.

Verlin said she was drawn by the university’s diversity and accepting nature.

“The people here care about you,” she said. “Because I’m from another country, I miss home sometimes. But I have a home here.”

With all of the financial, social and academic pressures, Verlin tried to keep depression at bay by exercising religiously. To save money, she opted not to buy parking passes. Instead, she would park in the Meijer lot and walk to campus, sometimes wearing ankle weights to get a workout in.

Verlin graduated with her bachelor’s degree in May with a 4.0 GPA.

“That was really big because I am not smarter than anybody else,” she said. “I was just determined to succeed, and therefore I put all of my energy, time and efforts in that direction.”

As a graduate assistant, Verlin works at Wright State’s Friendship Food Pantry. After interning at Sinclair as an enrollment adviser, she landed an internship at the UC Blue Ash College, where she helps students succeed academically.

To help reduce the stress of her busy life, Verlin tries to carve out a little time for herself. She is in the process of working on the world’s largest jigsaw puzzle — 32,000 pieces — and is about halfway done.

Verlin says her children have been instrumental in her academic success.

“My kids are my greatest support,” she said. “It is a great joy to see how proud of me they are.”