There is a reason it’s called the Miracle League baseball field. The transformation of children and young adults with disabilities who play on the diamond in Springboro, Ohio, is truly a miracle.

“It’s magical to see their faces,” said William Crotty, a Wright State University film student with cerebral palsy who was the inspiration for the field. “When they’re out there, they are in the big leagues. It’s really cool to see something they’ve always wanted to do but never could. And they’re playing like Pete Rose — 110 percent.”

Crotty’s family got the ball rolling on the Miracle League Field of Warren County and Greater Dayton, kicking off a $1 million fundraising effort that included support from the Cincinnati Reds, YMCA, Warren County Developmental Disabilities and private donors. 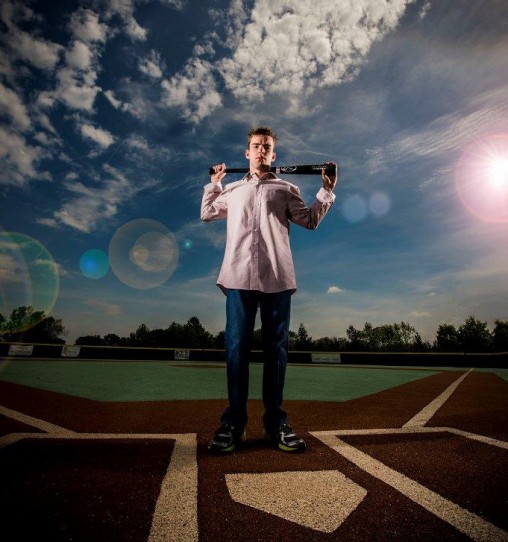 The field, located on the grounds of Springboro Junior High School, opened in September 2009.

“The grand opening was a day I’ll never forget,” Crotty said. “I threw out the first pitch. Sean was catching, and the other players took the infield positions and threw the ball around the horn. It was just a really cool moment.”

The field enables children and adults with disabilities to play organized baseball on a team.

Most Miracle Leagues play on custom-designed fields that feature cushioned, rubberized surfaces to help prevent injuries. Flat surfaces (no raised bases or pitching mounds) and no infield dirt eliminate barriers to players in wheelchairs or who are visually impaired.

“There are no restrictions on what they can do because the field is made for them,” Crotty said. “It’s a great thing to see.”

The Springboro field also features dugouts, bleachers, a concession stand and even Homer the Mascot.

As many as 10 teams use the field and play on Saturdays. Each player has a “buddy,” who helps him or her bat and get around the bases if necessary. The players range in age from 4 through adult. For young kids, there are plastic bats and oversized balls. 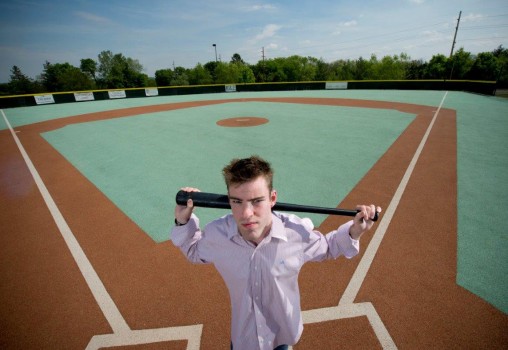 Located on the Springboro Junior High School grounds, the Miracle League field features cushioned, rubberized surfaces to eliminate barriers to players in wheelchairs or who are visually impaired.

Crotty’s father, Brian, said he first heard about Miracle Fields on an HBO television special. The concept was developed in Conyers, Ga., in 2000. Today, there are more than 200 Miracle League organizations around the world serving more than 200,000 children and young adults.

“I’d love to see a group of teams come from Wright State,” Brian Crotty said. “If you can make good use of the field, you’re more than welcome.”

Will Crotty grew up in the Dayton area, attended Miami Valley School and moved to Hilton Head, S.C., when he was in eighth grade. He came back to Ohio to attend Wright State and is currently a sophomore.

Crotty says he decided to attend Wright State because it has a great Motion Pictures program.

“It’s not like other film programs,” he said. “You’re watching a lot of art-house films, independent films. At other schools, you’re not going to learn as much about underground cinema.”

Wright State’s national reputation for accessibility was the other reason Crotty came to the university.

“There is probably no other school in the country that has as much accessibility as Wright State — from the tunnels that ease mobility in bad weather to assistance with meals in the cafeterias,” he said. “Everyone’s in the game together.”

Crotty’s father would frequently take his son to the movies when Crotty was a boy, and he became interested in how they were made. Today, Crotty says, he actually enjoys DVD special features more than the movies themselves.

“Toy Story” — a 1995 computer-animated, buddy-comedy adventure film released by Walt Disney Pictures — has Crotty’s vote as the best movie of all time. It was the first film he saw in the theater and moved him in way he finds hard to describe. 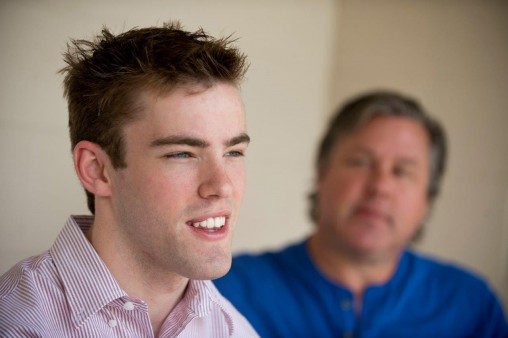 William Crotty was attracted to Wright State because of the university’s motion pictures program and its accessible campus.

“It triggers an emotional feeling that no other movie does,” he said. “It is technologically groundbreaking; it’s clever in its writing.”

“I started posting them on Facebook and got a really nice response, which I wasn’t expecting and was really cool,” he said. “I have over 100 reviews on there.”

Crotty’s career goal is to combine his love of movies with that of baseball.

He said he has noticed that radio and television interviews of both baseball players and movie stars often involve the same tired questions that result in the same predictable answers. Crotty wants to switch that up.