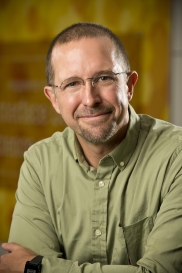 Next week Wright State University’s College of Engineering and Computer Science and the Dayton Engineers Club will host the second event in a speaker series built on the rich inventive tradition of the Dayton region.

Mike Raymer, professor of computer science and engineering is the latest engineering researcher to join the so-called “Barn Gang” at the Dayton Engineers Club.

As many may recall from Dayton’s history, National Cash Register (NCR) was instrumental in flood rescue and later recovery efforts during and after the 1913 flood in Dayton. Assistant general manager and engineer Edward A. Deeds was put in charge of the flood prevention program and saw completion of the innovative dams of the Miami Conservancy District.

While at NCR, Deeds hired an exceptional young engineer, Charles F. Kettering, to help electrify the cash register. The two struck it rich, assembling a “Barn Gang” of moonlighting engineers into the Dayton Engineering Laboratories Company, or Delco. The rest is history.

In the tradition of the Barn Gang, Raymer will present “Beyond CSI: The Science and Engineering of Forensic DNA Analysis and Interpretation” at the Dayton Engineers Club Tuesday, Aug. 11, at 11:30 a.m.

Raymer’s presentation will center on the use of computational, statistical and combinatorial techniques to reduce error and provide an objective basis for interpretation of DNA evidence, which is integral to the use of short tandem repeat (STR) DNA testing in forensic analysis. 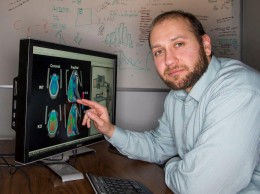 Upcoming speakers from the college include Jennie Gallimore, professor and executive director of professional development, on Sept. 8 and Caroline Cao, professor and Ohio Research Scholar for the Ohio Imaging Research and Innovation Network, on Sept. 22.

For more information about the speaker series contact Mitch Heaton at 937-304-3771 or mitch.heaton@wright.edu.