Comedian Kevin Hart to perform at Wright State during Homecoming 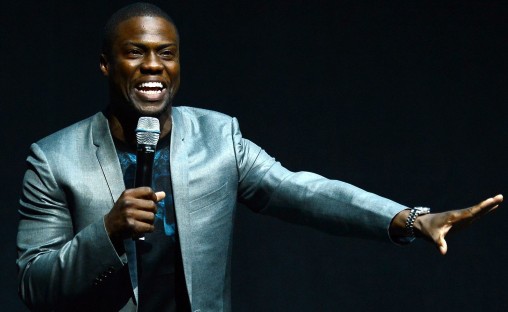 Wright State’s Homecoming week will conclude with a concert by comedian and actor Kevin Hart Sunday, Oct. 11, in the Wright State Nutter Center.

Kevin Hart, an actor, comedian, writer and producer, is coming to Wright State University Sunday, Oct. 11, to start the school year with a good laugh during his “Kevin Hart: WHAT NOW?” tour.

The Homecoming Comedy Show is sponsored by the University Activities Board (UAB) at Wright State. Hart will perform in the Wright State Nutter Center at 7 p.m.

Hart starred in two movies this year, “Get Hard” and “The Wedding Ringer.” He has also appeared in “Ride Along” and on the TV series “Real Husbands of Hollywood.” “Kevin Hart: Let Me Explain” was filmed at a sold-out performance at Madison Square Garden during his 2012 “Let Me Explain” concert tour.

“It’s not every day you see an artist like him perform in a city like ours,” said Aliane Kubwimana,UAB president. “With Kevin Hart, it started as a simple thought that then grew into a reality.”

Hart will not only make the audience laugh but will also discuss healthy living habits — one of which is laughter.

“I am hoping that Wright State students, faculty and staff take away healthier life habits from the event,” said Bryan Brown, student director of major events. “Kevin Hart has teamed up with Rally Health for his ‘WHAT NOW’ tour. He will be encouraging fans to become more active in their overall health.”

With open availability during Wright State’s Homecoming week of Oct. 5-11, Hart was the perfect fit among the candidates that the UAB were considering.

“We figured there is a lot of momentum with him as a performer and it would really bring Wright State and the community together,” said Jack R. Pence, assistant director of Campus Programs in the Office of Student Activities.

Ten thousand tickets are being sold, making this the largest UAB event to date.

Faculty and staff members must purchase tickets in person at the Box Office using their Wright1 card.

Presale tickets for Wright State students, faculty and staff went on sale Aug. 14. Tickets will go on sale to the public through Ticketmaster starting at 10 a.m. on Friday, Aug. 21.

“We realize the popularity of him, so we wanted to make sure our students get the opportunity for the best seats before the public tickets go on sale,” said Pence. “It’s sort of a Wright State VIP situation. … We welcome all students to come out and support one another and howl for the green and gold.”

For information about Hart’s show and other Wright State events, contact Jack Pence at jack.r.pence@wright.edu or Bryan Brown at majoreventsuab@gmail.com.