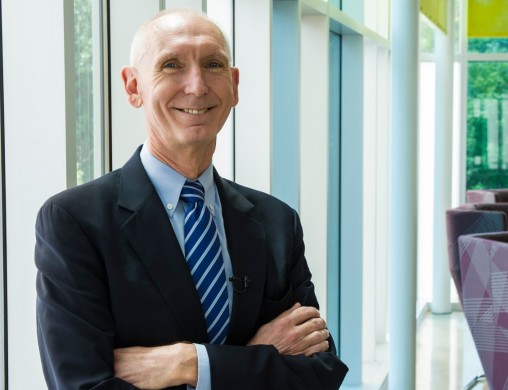 Thomas Sudkamp will serve as Wright State’s chief academic officer with the title provost and vice president for curriculum and instruction. (Photos by Will Jones)

Sudkamp will serve as the university’s chief academic officer with the title provost and vice president for curriculum and instruction.

“Dr. Polatajko has a proven record of strong financial management, an expert grasp of higher education accounting and administration and a commitment to our mission of transforming the lives of our students and the communities we serve,” said Hopkins.

Hopkins said the dual appointments were made following a re-examination of the university’s model in which the provost served as both chief academic officer and chief operating officer.

“After consultation with the Board of Trustees, administrative colleagues, Faculty Senate leadership, USAC/CSAC leaders and a review of best practices nationally, I believe our increasing growth and the complexity of the environment in which we all work merits a rethinking of the administrative structure,” said Hopkins.

The provost appointment marks the continuation of an exemplary 33-year career at Wright State for Sudkamp, who served as interim provost in 2012, three terms as president of the university faculty and is a published authority on mathematical logic and computer science.

“At Wright State, we provide an excellent and affordable education in a welcoming environment,” Sudkamp said. “My priority as provost will be working with faculty and staff to enhance the quality of our academic programs and the success of our students.”

Sudkamp worked in industrial research and came to Dayton for a research and development position at Wright-Patterson Air Force Base. He began teaching computer science at Wright State in 1982.

He was later chair of the Department of Computer Science and Engineering, served three terms as president of the Faculty Senate and in 2011-12 co-chaired the university transition from quarters to semesters.

Sudkamp has published more than 80 articles on mathematical logic, artificial intelligence, theoretical computer science and approximate reasoning. He authored the book “Languages and Machines: An Introduction to the Theory of Computer Science,” was co-author of “Similarity and Compatibility in Fuzzy Set Theory” and co-editor of books on approximate reasoning and data mining. 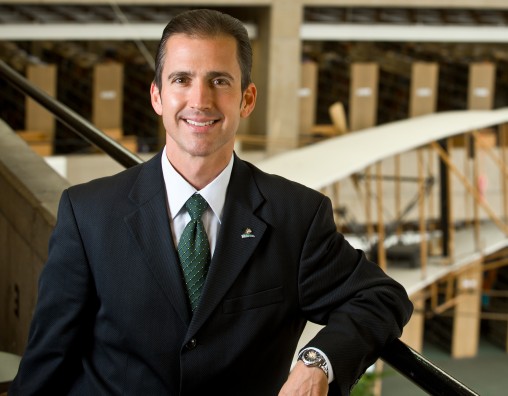 Mark Polatajko has been named chief operating officer and vice president of business and finance.

“I recognize the importance of forging strong relationships with the academic arm of the university to strategically align our university’s vital resources in an effective way to deliver on our mission of transforming the lives of the students and communities we serve,” Polatajko said.

Prior to joining Wright State, Polatajko managed the financial operations of Cuyahoga Community College in Cleveland as vice president, administration and finance, where he developed and managed a $330 million budget serving over 55,000 students annually.

From 2001 to 2004, Polatajko was deputy director of finance/CFO for the Ohio Lottery Commission. He also served as a fiscal specialist and account clerk for the commission from 1992 to 1997. In between, he worked as an audit manager and accountant specializing in government and not-for-profit accounting, auditing and consulting services for Ciuni & Panichi, Inc., a Cleveland accounting firm.

Polatajko currently serves as the chair of the Inter-University Council of Ohio’s Business and Finance Committee and participates on various local not-for-profit boards, including the Miami Valley Research Park and Catholic Social Services of the Miami Valley.

A certified public accountant, Polatajko obtained his bachelor’s degree in accountancy from the University of Akron and his Master of Business Administration, specializing in finance, from Ashland University. He received his Ph.D. in urban education from Cleveland State University in 2001.