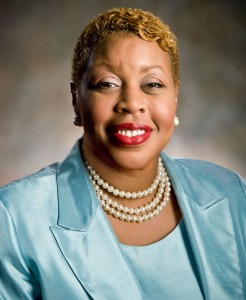 The school year at Wright State University has been designated the Year of the Active Bystander as part of stepped-up efforts to help students, faculty and staff respond productively to prejudice they encounter in their daily interactions.

“Anyone familiar with the research on bystander behavior knows that its focus is trying to understand why people witnessing others in distress don’t act,” said Kimberly Barrett, vice president for multicultural affairs and community engagement. “We hope to take this a step further by applying this research in ways that clearly identify the benefits to both the individual and community when people take even small actions to confront bias when it occurs.”

The Year of the Active Bystander will feature programs focusing on bias in the university workplace and classrooms, specifically implicit bias, micro-aggressions and stereotype threat.

Later in the school year, the university will host guest experts, including Elaine Diaz Rodriguez, a Cuban academic and blogger who teaches digital journalism and technology and society at the University of Havana.

And Sarah Gervais, associate professor in social and cognitive psychology and the law-psychology programs at the University of Nebraska-Lincoln whose research focuses on prejudice and violence, is part of the program.

In a blog post for Psychology Today magazine titled “Speak Up or Stay Silent? 5 Reasons to Confront Prejudice,” Gervais said social science research suggests that taking a stand against bias helps prevent future acts of prejudice by both the perpetrators and the witnesses. In addition, taking such a stand increases a person’s self-esteem and sense of competence, prevents feelings of guilt and becomes easier and easier to do over time.

“Being part of what I have come to know as a deeply caring community, I am certain that the activities we are emphasizing this year will be very important to each of us as we strive to avoid and effectively address the mostly unintentional acts of bias that negatively affect the success and well-being of our students and colleagues,” said Barrett.

A full calendar of events related to this year’s theme is available on the Division of Multicultural Affairs and Community Engagement website.