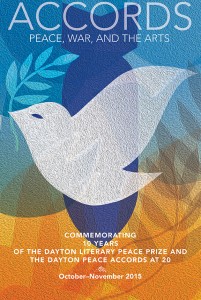 Wright State will celebrate the Dayton Peace Accords and the Dayton Literary Peace Prize with a photography exhibition, concert and literary conference.

Most events are free and open to the public. Conference registration information and event schedules are available at wright.edu/peace. 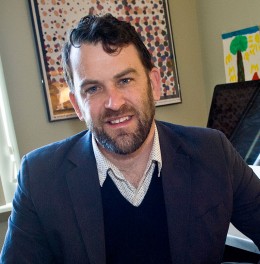 Andrew Strombeck, associate professor in the Department of English Language and Literatures, organized Accords: Peace, War and the Arts.

Founded in 2005 in commemoration of the Dayton Peace Accords, the Dayton Literary Peace Prize annually recognizes the best fiction and nonfiction literature that promotes the cause of peace.

Strombeck focused his fellowship on the literary peace prize because it supports and strengthens Dayton’s reading public and responds to a bright moment in international affairs that is also an important moment in Dayton’s history. 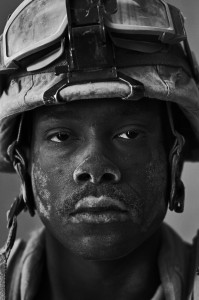 “Visions of Conflict” will examine how four photographers respond to their own experiences in conflict, as well as the consequences of war in contemporary culture.

The exhibition is curated by Benjamin Montague, associate professor of art.

Gafić, who was born in Sarajevo, documents the artifacts of genocide retrieved in mass graves across Bosnia in “Quest for Identity.” His photographs have become tools for identification for the families who are still searching for missing loved ones. His photo essay on Bosnia was published in the book “Tales from Globalizing World.”

Palu’s “Garmsir Marines” is a series of large formal portraits taken of soldiers as they return from patrol in Afghanistan. Palu is the recipient of numerous awards including a National Magazine Award, National Newspaper Award nominee and Pictures of the Year International. 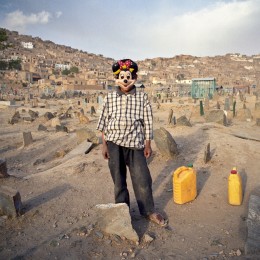 An Afghan boy is seen with a Minnie Mouse face mask in a local cemetery in Kabul, Afghanistan on Oct. 10, 2006. Photo by Ziyah Gafic/VII Network

In her series “My Brother’s War,” Jessica Hines investigates how the Vietnam War affected her brother, while she struggles to make sense of the personal tragedy it inflicted upon her. Hines has won the 2013 PDN Photo Annual and Lens Culture International Exposure Awards and has work included in the collections of the Brooklyn Museum and the Museum of Fine Arts in Houston.

Larry Price’s “Redemption Stories” features portraits of adults from the Democratic Republic of Congo who survived years of conflict as child soldiers and women caught in the sex trade. Price has won two Pulitzer Prizes and has been honored by the Overseas Press Club, World Press Photo Awards, the Pan American Press Association and the National Press Photographers Association. 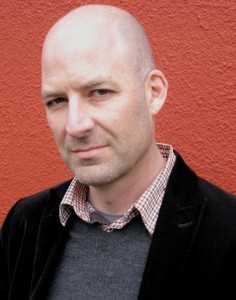 John Beckman is an author and professor of English at the U.S. Naval Academy.

You can register for the conference online.

“The conference is basically a big book club and will be appealing to everyone who loves the arts, is inspired to make a difference and politically engaged,” Strombeck said. “If you’re compelled to understand and change your world, if you enjoy art, music and theater that makes a difference, if you read writers such as Tim O’Brien, Wendell Berry, Barbara Kingslover and Chimamanda Adichie, join us for this groundbreaking event.”

The conference will feature stimulating discussion on literature and peace, inspired by smart, innovative speakers who will deliver TED-style talks addressing how great literature can help reduce conflict and promote understanding.

“John Beckman, for example, writes about how Americans have historically dropped their distrust for each other in the name of fun, and Timothy Melley writes about how literature reflected the tensions of the Cold War,” Strombeck said.