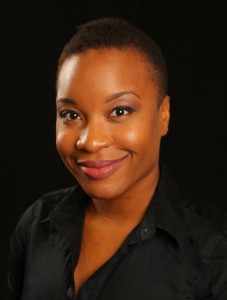 Chinonye Chukwu, assistant professor of motion pictures, is among the many Wright State-affiliate speakers participating in this year’s TEDxDayton.

A number of Wright State University faculty and alumni will participate in the third annual TEDxDayton on Friday, Oct. 16, at the Victoria Theatre in downtown Dayton.

Technology, Entertainment and Design (TED) is a nonprofit organization devoted to spreading ideas through 18-minute-or-less talks in more than 100 languages.

TEDx is a program of local, self-organized, independent events that feature TED-style videos and live speakers.

Chinonye Chukwu is an assistant professor of motion pictures. Her debut feature film, “AlaskaLand,” has been selected to screen globally. She is a recipient of the Grace Award and Princeton Hodder Fellowship.

David Gasper, who graduated from Wright State with a degree in quantitative business analysis, is a serial software entrepreneur whose first venture was Gasper Corporation. It became the world’s largest leader in ATM management software and received the 1998 Entrepreneur of the Year award from Ernst and Young.

Chelley Seibert is a retired Dayton police officer and Wright State alumna. She received her master’s in education from Wright State and has had police assignments in patrol, crime prevention, media and academy instructor. She currently plays in the band Frozen Feet and is a choir director.

Matthew Purkey, a graduate of the College of Education and Human Services, is vice president of research development at United Way of the Greater Dayton Area. He recently implemented the Miami Valley Young Professionals Alliance. Purkey, who served in the U.S. Marine Corps, will discuss the challenges a veteran faces as an executive of a large organization.

Joshua Stucky, who graduated from Wright State with an education degree, is co-owner of Square One Salons and Agnes and Orson Gifts and Goods and is a founding member of the world-renowned RubiGirls. He has been recognized for his dedication to ending HIV.

Other speaks include a CEO of the YMCA Dayton, a Marine Crops veteran, World Poetry Slam champion and a 10th-grade student.

Entertainment will be provided by the Dayton Contemporary Dance Company, Meghna and The Majority and Zoot Theatre Company.

Wright State University and its Office of Latino Affairs are sponsoring TEDxDayton. Tickets for this year’s event are sold out.