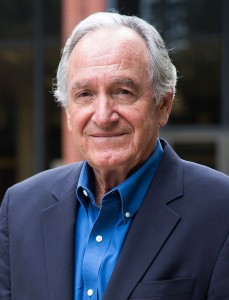 Tom Harkin, a retired U.S. senator and author of the Americans with Disabilities Act, will give a Presidential Lecture Nov. 3.

Tom Harkin, a retired U.S. senator and author of the Americans with Disabilities Act, will give the next talk in Wright State University’s Presidential Lecture Series.

The lecture is free and open to the public. Tickets are not required. Harkin’s talk is co-sponsored with Wright State’s Office of Disability Services.

This year’s Presidential Lecture Series celebrates the 25th anniversary of the Americans with Disabilities Act of 1990. Future speakers in the series include adaptive athlete Amy Purdy on Feb. 12 and comedian Maysoon Zayid on March 22.

Harkin, who represented Iowa in Congress from 1975 to 2015, was a key author of the Americans with Disabilities Act of 1990 and the ADA Amendments Act of 2008.

Tom Webb, director of disability services at Wright State, called Harkin an “unwavering and passionate advocate for people with disabilities.”

As a Kennedy Fellow, Webb worked with members of Harkin’s staff in Washington, D.C., on the ADA Amendments Act of 2008. “He’s had some of the strongest, most well-qualified disability policy staffers that any member of Congress has ever had,” Webb said.

Disability is not just another constituent concern for Harkin, it’s a priority, Webb said. That’s in part because Harkin’s brother is deaf and because Harkin was “exposed very early in his career to see some of the injustices that he was not familiar with,” Webb said.

“Senator Harkin has been known through the years for his work in the disability community, particularly his work on disability policy,” Webb said.

Webb and Katherine Myers, assistive technology specialist, testified in 2014 before Congress about accessibility best practices in higher education. Harkin was so impressed with Wright State’s commitment to supporting students with disabilities he told Webb and Myers he would visit the university.

Harkin’s signature legislative achievement, the Americans with Disabilities Act requires buildings and transportation to be wheelchair accessible and to provide workplace accommodations for people with disabilities.

Harkin has also worked to advance collaborative research in paralysis and improve quality of life for those living with paralysis, including creating a Clinical Trials Network to measure the effectiveness of rehabilitation therapies. His Christopher and Dana Reeve Act, named after the actor and his wife, became law in 2009.

As chair of the Senate panel that funds medical research, Harkin led an effort to double funding for research into cardiovascular disease, cancer, Alzheimer’s and other diseases. As a member of the Senate Health, Education, Labor and Pensions Committee, he crafted the prevention and wellness title of the health reform bill, the Patient Protection and Affordable Care Act.

Harkin graduated from Iowa State University and The Catholic University of America’s Columbus School of Law. He served in the U.S. Navy as an active-duty jet pilot from 1962 to 1967.