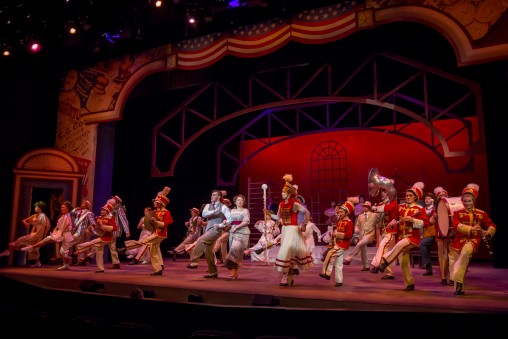 Among the many shows, the 2016 ArtsGala will feature an abbreviated performance of the “The Music Man.”

The annual Wright State University ArtsGala, which has raised more than $2 million for arts scholarships during its 16-year history, is scheduled for Saturday, April 9, with an impressive program featuring student performances in theatre, dance, motion pictures, music and visual arts.

The event will showcase the efforts of Wright State fine and performing arts students and educators who have been recognized for their achievement by Academy Award–winning actor and Wright State supporter Tom Hanks. Hanks and Amanda Wright Lane, great grandniece of the Wright brothers, are co-chairs of Rise. Shine. The Campaign for Wright State University, a $150 million fundraising campaign that promises to further elevate Wright State’s prominence by expanding scholarships, attracting more top-flight faculty and supporting construction of state-of-the-art facilities. 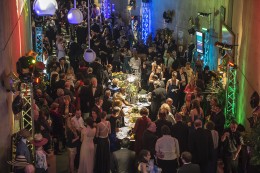 Great performances, food and friends color the evening in the Creative Arts Center at ArtsGala.

The 6:30 p.m. to midnight event in the Creative Arts Center is presented by the College of Liberal Arts. The popular black-tie-optional ArtsGala is regarded as one of the area’s premier arts events, drawing nearly 800 patrons each year.

“Our students are eager to showcase their tremendous skills to our community at ArtsGala 2016,” said Kristin Sobolik, dean of the College of Liberal Arts. “This year will be particularly special as we unveil the brand-new addition to our world class Creative Arts Center, which includes a two-story art gallery and dance and stage combat studios. This additional space will offer guests even more venues to enjoy our amazingly talented fine and performing arts students.”

This year is ArtsGala’s 17th anniversary celebration with many special events designed to celebrate the occasion.

Features this year include:

A silent auction will offer over 100 items for bidding, including: