Sultans of Swing conference to examine cultures of baseball, jazz and fiction 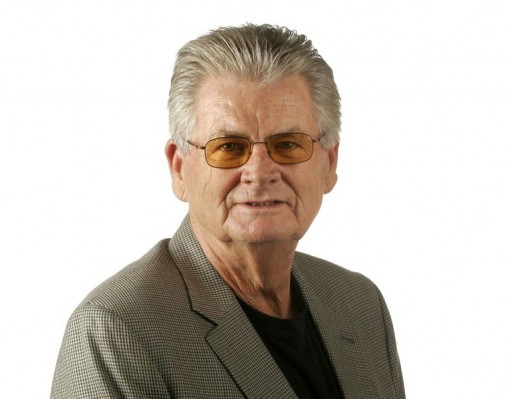 Baseball Hall of Fame writer Hal McCoy will give a talk on “My Half Century Covering the Cincinnati Reds” before the Raiders home game on April 15 as part of the Sultans of Swing conference.

Fans of baseball, jazz music and short stories are sure to find something of interest at a conference at Wright State April 14 and 15.

Registration information and conference schedule are available at wright.edu/baseball.

Wright State students, faculty and staff may register for free for the conference and receive reduced rates for the opening reception, lunch and the baseball picnic and Raider home game. Registration for the conference will close on April 10.

The conference is sponsored by Wright State’s Ohio Center of Excellence in Collaborative Education, Leadership and Innovation in the Arts (CELIA).

“Baseball, jazz and short fiction seem like different art forms, but each was somewhat socially suspect in the early 20th century,” said Scott D. Peterson, assistant professor in the Department of Communication.

Baseball experienced the Black Sox scandal of 1919, when players on the Chicago White Sox threw the World Series. Jazz was socially suspect to certain parts of society because it inspired young people to dance wildly. And while a writer could earn more by publishing short stories than novels, some critics saw short fiction as formulaic and as a way to sell advertising in the papers and magazines that published it.

As CELIA fellows for 2015-2016, Peterson and Sharon Lynette Jones, professor in the Department of English Language and Literatures, organized the Sultans of Swing. 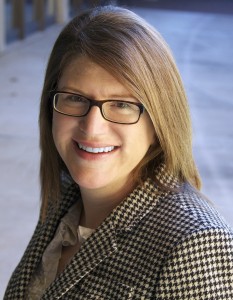 Amber Roessner is assistant professor of journalism and electronic media at the University of Tennessee.

The conference kicks off in the Millett Hall Atrium with a keynote address at 6 p.m. on Thursday, April 14, by Amber Roessner, assistant professor of journalism and electronic media at the University of Tennessee and a former sports reporter. She will discuss “Under the Big Tent: the Emergence of the Sports-Entertainment Nexus in the Jazz Age.”

Roberta Newman, a cultural historian at New York University, will give a plenary address at 12:30 p.m. on Friday, April 15, in the Millett Hall Atrium. She will discuss “Swinging at the Crossroads: An Incomplete, Mostly Accurate Account of Baseball, Popular Music and Their Intersections.”

The conference’s four sessions on April 15 will include talks examining American literature and culture, baseball and jazz history, as well as myth, film and baseball stadiums.

In the first session, Jones will present “Highlighting Harlem Renaissance Texts: Baseball and Jazz in Literary Expression of the 1900s” during a panel discussion on literature and culture. She will discuss how African American writers during the Harlem Renaissance depicted jazz and baseball in their short fiction, including Alice Dunbar-Nelson, Dorothy West, Langston Hughes and Gwendolyn Bennett.

“I think it’s interesting how jazz and baseball were popular during that period and how creative writers decided to incorporate those two very popular forms of expression in their short fiction,” Jones said.

The conference will conclude with a baseball picnic and a ticket to the Raiders’ game against the Toledo Rockets at Wright State’s Nischwitz Stadium on April 15. Hal McCoy, long-time Dayton Daily News baseball reporter, will give a talk on “My Half Century Covering the Cincinnati Reds” during the picnic at 5:30 p.m.

Jones said conference participants will come away inspired to learn more about baseball, jazz and literature.

Roberta Newman is a cultural historian at New York University.

“What I think the audience will come away with is a understanding of the multiple forces socially, historically, economically that have contributed to the popularity of baseball and jazz and literature,” she said.

Peterson agreed and added, “Audience members will gain insight into American culture and history through the lens of baseball, jazz and short fiction, and will hopefully start to make connections and associations between those three art forms and the early parts of the 20th century.”

The Sultans of Swing series kicked off a lecture on “Sports and the Absent History of the Harlem Renaissance” in January and a panel discussion on “Leagues of Their Own: Women and African-Americans in Baseball History” in February.

The series concludes on Oct. 29 with a flapper ball, featuring music, dancing, literary readings and a catered menu of culinary treats from the early 20th century.