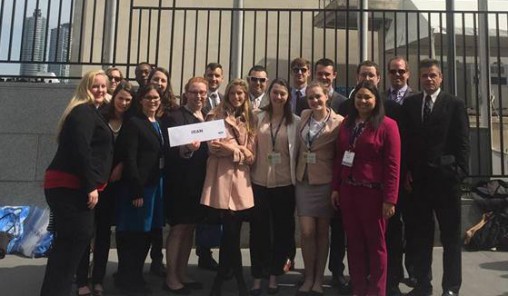 “I am proud of our team for tackling the challenging country of Iran. They had to set aside preconceptions, and they performed professionally,” said Vaughn Shannon, associate professor of political science and one of the team’s advisers.

During the conference, students participated in a briefing by the Iranian Mission to the United Nations.

Wright State students and faculty advisers participated in a briefing by the Iranian Mission to the United Nations.

“The Mission briefing from the Iranian UN Delegation was a unique experience, to say the least. The Iranian Mission personnel were very welcoming with their time and space, and our students got a lot from the experience,” Shannon said.

The team’s faculty advisers are Shannon and Liam Anderson, professor of political science.