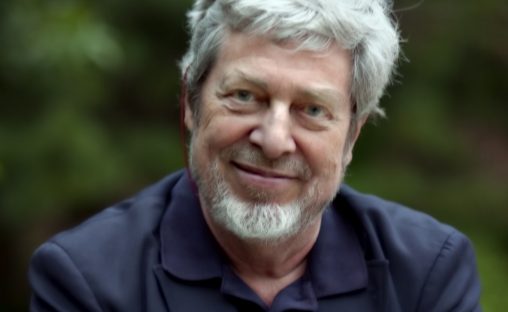 Tony Walton will discuss his career working on Broadway and in Hollywood during a special visit to Wright State University on Nov. 2.

Tony Award-winning designer Tony Walton will discuss his career working on Broadway and in Hollywood during a special visit to Wright State University on Wednesday, Nov. 2.

Walton will give a public talk on his scenic and costume design work and process from 10 a.m. to noon in the Festival Playhouse in the Creative Arts Center. Admission is free and the talk is open to the public.

He will also give a workshop to design and technology students in the Department of Theatre, Dance and Motion Pictures from 1:30 to 3:30 p.m. 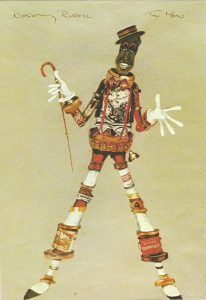 Tin Man costume costume design by Tony Walton from the movie of “The Wiz.”

Space is available for limited number of observers to attend the 1:30 p.m. workshop. To attend, contact Amanda Brewer, administrative assistant to the Musical Theatre Initiative, at amanda.brewer@wright.edu or 775-4204.

During a career that has spanned more than 50 years, Walton has worked as the designer on numerous landmark original or revival productions, including “A Funny Thing Happened on the Way to the Forum,” “Pippin,” “Chicago” and “Anything Goes.” He has also worked on such films as “Mary Poppins,” “The Wiz,” “All That Jazz” and “Heartburn.”

Walton has won Tony, Emmy and Academy awards as well as the Drama Desk and BAFTA awards.

His visit to Wright State in sponsored by the Musical Theatre Initiative (MTI) at Wright State University, an international center dedicated to celebrating and exploring the history, culture and craft of the musical theatre through concerts, conferences, teaching workshops and special events. Whenever possible, MTI events are open to the public and recorded for educational viewing.

The Musical Theatre Initiative’s focus this year is on “Legacies,” celebrating the work and careers of the creators of many of musical theatre’s greatest works. 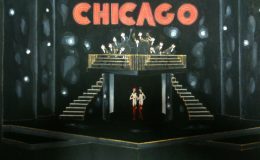 In addition to Walton, MTI will welcome Broadway documentarian Rick McKay, who produced and directed “Broadway: The Golden Age”; a master teacher from the Verdon Fosse Legacy project who will recreate one of Bob Fosse’s legendary dances from “Sweet Charity”; and famed lyricist Sheldon Harnick, best known for “Fiddler on the Roof” and She Loves Me.” Dates and information for these guests will be announced soon.

More information on the Musical Theatre Initiative is available on the MTI website or by contacting Joe Deer, MTI director, at joe.deer@wright.edu.